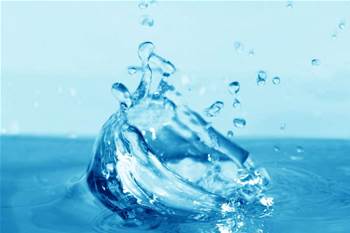 Hackers accessed the network of a water treatment facility in the United States, destroying a water pump, according to reports.

The attack against the water utility in Springfield, Illinois may have started as early as September, but wasn't noticed until the beginning of November.

The hackers targeted its Supervisory Control and Data Acquisition System (SCADA) - the same system under attack by Stuxnet, although there's nothing to suggest that malware is at fault.

“It is unknown, at this time, the number of SCADA usernames and passwords acquired from the [water treatment] software company’s database and if any additional SCADA systems have been attacked as a result of this theft,” Illinois state security authorities said in a report, according to Wired.

The hackers apparently accessed the system via a flaw in phpMyAdmin, which Sophos security researcher Chester Wisniewski criticised as an astonishing weak point.

"Reading about this my spidey-sense was tingling," he said in a post on the Sophos blog.

"They have SCADA control systems hooked up to the public internet? And they are running phpMyAdmin?"

Wisniewski said he stopped using phpMyAdmin to run his own personal site after the "never-ending stream of sever vulnerabilities" became too much trouble.

"Convenience and price are always desirable to those responsible for managing these systems, but this is bordering on criminally negligent when you are responsible for our water, power, gas and other sensitive utilities," he said.

The US Department for Homeland Security has warned about holes in SCADA software, while a report last year warned to expect more attacks against utilities and other infrastructure.

Got a news tip for our journalists? Share it with us anonymously here.
Copyright © Alphr, Dennis Publishing
Tags:
attackcontrolhackerplantscadasecuritystuxnetsystemtreatmentwater