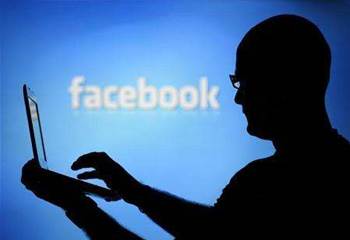 A man is silhouetted against a video screen with an Facebook logo as he poses with an Dell laptop in this photo illustration taken in the central Bosnian town of Zenica, August 14, 2013. Credit: Reuters/Dado Ruvic

A man who hacked into Mark Zuckerberg's Facebook page to expose a software bug is getting donations from hackers around the world after the company declined to pay him under a program that normally rewards people who report flaws.

Khalil Shreateh discovered and reported the flaw but was initially dismissed by the company's security team. He then posted a message on the billionaire's wall to prove the bug's existence.

Now, Marc Maiffret, chief technology officer of cybersecurity firm BeyondTrust, is trying to mobilise fellow hackers to raise a US$10,000 ($A11,081) reward for Shreateh after Facebook refused to compensate him.

Maiffret, a high school dropout and self-taught hacker, said on Tuesday he has raised about US$9000 so far, including the US$2000 he initially contributed.

He and other hackers say Facebook unfairly denied Shreateh, a Palestinian, a payment under its "Bug Bounty" program. It doles out at least US$500 to individuals who bring software bugs to the company's attention.

"He is sitting there in Palestine doing this research on a five-year-old laptop that looks like it is half broken," Maiffret said. "It's something that might help him out in a big way."

Shreateh uncovered the flaw on the company's website that allows members to post messages on the wall of any other user, including Zuckerberg's. He tried to submit the bug for review but the website's security team did not accept his report.

He then posted a message to Zuckerberg himself on the chief executive officer's private account, saying he was having trouble getting his team's attention.

The bug was quickly fixed and Facebook issued an apology on Monday for having been "too hasty and dismissive" with Shreateh's report. But it has not paid him a bounty.

"We will not change our practice of refusing to pay rewards to researchers who have tested vulnerabilities against real users," Chief Security Officer Joe Sullivan said in a blogpost.

He said Facebook has paid out more than US$1 million under that program to researchers who followed its rules.