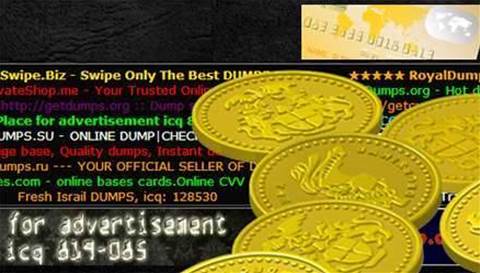 Dmitriy Smilianets, a 29-year-old Moscow native, will fight charges that he was involved in a massive card stealing cyber campaign since 2005, according to a report.

His attorney Bruce Provda told Reuters that he also is additionally looking into possible irregularities with Smilianets' Netherlands arrest on June 28, 2012.

Extradited in September 2012, Smilianets is the first of five accused hackers to see the inside of a US courtroom after an indictment unsealed by New Jersey US Attorney Paul Fishman in Newark in July charged them with penetrating networks belonging to companies such as Dow Jones, NASDAQ, JCPenney, JetBlue, Heartland Payment Systems, TJX, Hannaford Bros. and 7-Eleven, and stealing more than 160 million card numbers.

According to the indictment (PDF), their actions caused losses to companies like in excess of $300 million.

Smilianets is charged with conspiracy to gain unauthorized access to computers and conspiracy to commit wire fraud, as are his cohorts: Russian hackers Vladimir Drinkman, 32; Roman Kotov, 32; and Aleksandr Kalinin, 26; as well as 26-year-old Ukrainian Mikhail Rytikov.

The charges carry a maximum combined sentence of 35 years, and all but Rytikov will face an additional 35-year maximum prison sentence if found guilty of unauthorized access to computers and wire fraud.

Drinkman was also picked up in the Netherlands arrest, and as of late July, was awaiting an extradition hearing. Prosecutors said in July that Kalinin, Kotov and Rytikov were still at large, but Reuters reported that Rytikov's attorney Arkady Bukh was at the Monday hearing and told the court that his client does not know Smilianets.

Messages left with Provda's and Fishman's office were not immediately returned. A call to Bukh's office went unanswered.

The five alleged crooks, accused of conspiring with others, used the all-too-common method of SQL injection to infiltrate corporate networks.

Investigators said the group conspired with Albert Gonzalez, who began serving a 20-year sentence in 2010 after being pleading guilty for stealing and reselling hundreds of millions of credit and debit cards in a campaign dating back to 2005. At that time still unnamed, Kalinin and Drinkman were charged as conspirators in Gonzalez's 2009 indictment.

Gonzalez, best known for masterminding the mega-hacks of Princeton, N.J.-based payment processor Heartland Payment Systems and discount retail parent company TJX, has been linked to the compromises at a number of other retailers and businesses.

According to prosecutors, each of the defendants took on different roles: Drinkman and Kalinin breached the targeted companies and gained access to the systems holding sensitive data of customers.

The gang hijacked usernames, passwords, identification information and credit and debit card numbers and sold the data dumps to resellers for between $10 and $50, depending on the victims' location, according to the US attorney's office.

Data belonging to Americans netted the lower end of the range, while information on Canadians and Europeans earned higher proceeds.

The resellers would typically sell the dumps online and the information was oftentimes encoded into the magnetic strip of blank cards, which were then used to purchase goods or withdraw cash from ATMs.