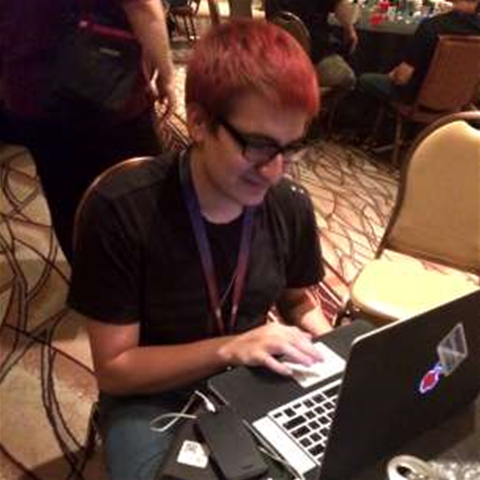 Jailbreaking is not authorised by Apple, and involves using bugs and security holes in iOS 9 to bypass security restrictions to gain full system privileges. Among other things, this allows users to install software from third-party app stores like Cydia, something that is not possible by default in iPhones and iPads.

The hacker, Steven de Franco or "iH8snow", posted a YouTube video Thursday night showing off his process on a modified iPhone 6. The phone was running a late-release build of the new software.

iOS 9 will be released publicly this Wednesday.

De Franco told 9to5Mac the jailbreak would also work on the newer iOS 9.1 beta. He said he wouldn't publish his jailbreak software.

Although jailbreaking enables full control for users over their iOS devices, installing software that is not tested and vetted by Apple carries serious security risks.

KeyRaider is thought to have stolen the Apple account details of close to a quarter of a million users in 19 countries, including Australia.

The malware is also believed to have captured digital certificates, private encryption keys and software purchase receipts, uploading them to a command and control server in China.

It was also used to lock people out of their devices and demand a ransom to unlock the smartphones.

Got a news tip for our journalists? Share it with us anonymously here.
Copyright © SC Magazine, US edition
Tags:
apple ios 9 ios 91 jailbreak security
In Partnership With
By Ashley Carman
Staff Writers
Sep 14 2015
9:10AM