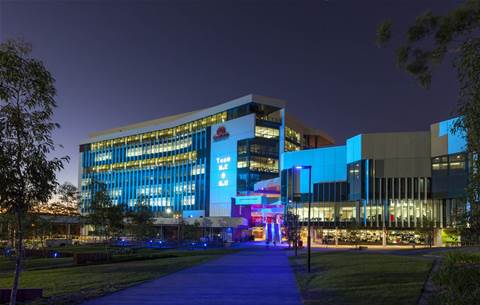 Griffith University’s push to rapidly scale its virtual operations in recent months hasn’t been the smoothest journey, but along the way there have been surprising lessons that are helping to make up for the hiccups along the way.

Like most universities and a large number of businesses around the world, Griffith University has largely transitioned to online and remote operations due to the impacts of COVID-19.

Griffith was earlier than many to make some of the required changes as it had a significant number of Chinese students among its international cohort, some of whom were in the first regions to be locked down at the onset of the pandemic.

It also already had a strong virtual foundation in its Griffith Online offering, with its ‘digital campus’ effectively being larger than two of its five physical campuses.

When the impacts of coronavirus began being felt in Australia, the university was in the midst of implementing an integration between Microsoft Teams and its Blackboard learning management system to support communications and collaborations, and much of this work had already been put to work at Griffith Online.

At the start of the year about 490 people were using Teams to actively participate in Teams meetings; by March that had increased almost tenfold to more than 4,600.

“Griffith’s been able to capitalise on the earlier efforts from Griffith Online to make new technology available at a large scale to the rest of academia,” Griffith’s director of enterprise information systems Stephen Bishop said.

It was also able to build on its quick forays into virtual private networks that were used to connect international students on the other side of the great firewall of China.

“We knew it had worked in China because there’s plenty of them that did not. We were rapidly spinning up VPN solutions to try and make sure that we could deliver service continuity for our Chinese students.

“Now of course what eventuated is a lot of that work that we did to assist our Chinese students, we were able to piggyback off that and continued to accelerate it across the university when the lockdown broadened.”

Work at Griffith, however, relies on much more than virtual lectures and chatrooms.
When COVID-19 struck, the university went into overdrive – including preparing staff to run whole–of–organisation meetings and presentations via Teams, Yammer or Stream.

Manager of Productivity and Information Management, Gabrielle Ingram, said her team spent a Friday learning how to use the tools to run Live Events, Monday writing a training document, and then tested that with the chief operating officer and their Corporate Services division on the Tuesday.

“I think we ran the live event on the Wednesday. In that first session there were 786 views of the event.”

Shortly afterwards, vice chancellor Carolyn Evans was able to invite all 4000 staff to Teams live events run outt of her home with little technical support during the event.

“From an engagement perspective, she’s been able to reach a much larger audience, regardless of whether they’re on campus or not,” Ingram said.

“For those two events, she had about 630 comments or questions posted into the virtual town hall.”

“If she was running that in person, she might be able to take 10 questions from each event.

“It means now that her team has been able to come back in and answer those people individually – a much more engaged approach than you would get even with an in–person event.”

Bishop added that the mix of tools used in meetings reinforced that all of the Griffith community was dealing with the same issues during pandemic.

“We’re seeing that human side of our executive as well. On occasion, we might see them err with some of the tools and technology, only small issues like muting and un-muting,” he said

“And in a way that’s actually reassuring for staff, because they’re all being asked to pick up and use these new tools and technologies that they were unfamiliar with.

“To see their own leaders doing just that, picking them up, using them themselves, mostly unsupported… I think it gives everyone a sense that, ‘I can do this’. They’re genuinely leading by example.”