Greens to re-introduce Get A Warrant Bill 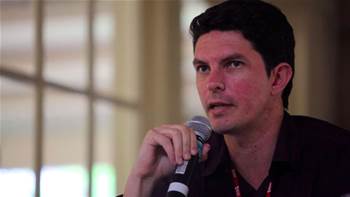 Greens senator and communications spokesman Scott Ludlam will re-introduce the lapsed Get A Warrant Bill when parliament resumes sitting next year.

Ludlam introduced the bill in June this year in an effort to change the Government’s approach to data access legislation and strengthen laws around data collection.

The Telecommunications Interception and Access Act (Get A Warrant) Bill 2013 asked for 2007 changes to the Act to be revoked, thereby removing the right for law enforcement agencies to seek metadata without requiring a warrant.

Ludlam today said the Greens had made some “quite significant” changes to the bill in response to feedback from the first round of submissions, and would open the new-look bill over summer to provide an opportunity for more feedback.

The bill came after the release of the 2011-12 Attorney-General’s Telecommunications (Interception and Access) report, which found just under 300,000 authorisations for access to metadata were made in that financial year, compared to 243,631 metadata authorisations in the year prior.

By contrast to last year’s report, the AGD this year offered case studies as to why it was important that agencies are able to easily access such data.

The Australian Crime Commission and AFP were shown to use the legislation to trace money laundering through the collection of call metadata, while South Australia Police used call metadata to shut down a methamphetamine operation.

A motion moved by Ludlam this week to task a Senate committee with reporting on the Government’s surveillance was passed, and will see the committee investigate a “comprehensive revision” of the Telecommunications (Interception and Access) Act 1979.

Despite the Government’s defence of the country’s surveillance laws in recent times following the East Timor and Indonesian spying scandals, Ludlam is hopeful the committee’s report will result in positive changes.

“I think we should be prepared maybe even for a pleasant surprise, but we’ll wait and see. The Act is thoroughly due for an overhaul, and everyone will be coming at it from a different perspective to us. Nobody is very happy with how this Act operates, from any end of the spectrum. I’ll be fascinated to see the different approaches.”

The committee is expected to meet soon and will set out the schedule for submissions, which are likely to be open for a few months, Ludlam said.

It will then set out a schedule for hearings, which is expected to involve the full spectrum of organisations involved in surveillance, including ASIO, the AGD, state and territorial police, corruption commissions, as well as groups such as Electronic Frontiers Australia and privacy bodies.

“I’m hoping we can build a platform of consensus, bring the Act into the 21st century and make proposals that have the broadest possible acceptance,” Ludlam said.

“Then it’s not just up to the Government to make the proposals. The Greens, Labor — all parties are free to take legislation into the parliament and advocate for it.”