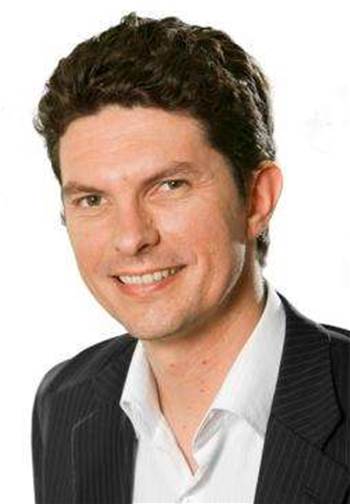 But AFP says collection is "vital".

Greens Senator Scott Ludlam has fired the latest missive in his bid to make the Government rethink its data access legislation, announcing the introduction of a Bill to strengthen regulation on data collection.

Ludlam has long been a vocal campaigner on the matter. At last month’s CeBit conference in Sydney he said legislation was required to stop government agencies from “vacuuming” large amounts of personal data from the country’s citizens.

Next week’s introduction of the Telecommunications Interception and Access Act (Get A Warrant) Bill 2013 asks for normal warrant procedures to be restored when law enforcement agencies access personal data.

Currently, law enforcement agencies are able to seek non-content telecommunications data, or metadata, without requiring a warrant - something they have been able to do since 2007 when amendments involving metadata were made to the Telecommunications Interception Act.

Law enforcement agencies do need a warrant to tap into telephone calls or access stored emails.

The Greens Bill aims to amend the Act so the requirement for a warrant also extends to metadata, which would be granted only if there was suspicion of an offence.

“That’s the logic that applies in a police state. That’s the logic straight out of East Germany. We don’t live in North Korea. That logic should not apply in a democracy.

“If the data is valuable then get a warrant. It’s been done for 100 years and that’s the balance that’s prevailed in democracies for decades and decades.”

The Australian Federal Police did not respond to a request for comment by the time of publication, but in its submission to the parliamentary inquiry investigating potential reforms to national security legislation it said the lawful release of metadata was a vital investigative tool for law enforcement.

“Given that it reveals only data about communications rather than any content it raises fewer privacy concerns than the use of lawful interception,” the submission states.

According to the Attorney-General's Telecommunications (Interception and Access) report, 293,501 authorisations for access to metadata were made in the 2011-12 financial year. In addition, 3764 telecommunications interception warrants were lodged, with nine refused.

This compares to 243,631 metadata authorisations and 3488 intercept warrants in the prior year.

The Bill comes as a result of the PRISM programme recently revealed to be used by the United States Government to extract large amounts of personal data with the partnership of nine technology companies including Apple, Facebook, Microsoft and Google.

The Australian Government is yet to comment on its involvement with the program, citing “national security” concerns.

Ludlam said he would question the Federal Government on the extent of its involvement when the Bill is introduced next week.

The Greens have no specific plans should the Bill fail. Ludlam said the most important step was to have the argument.