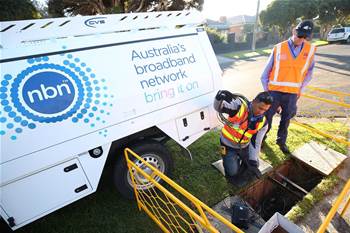 The Australian Greens have called for a $250 million “NBN migration program” established to assist a greater number of people to take up services on the network.

He said the migration program would “help close the digital divide and enable all Australians to participate fully in our digital economy, society and government.”

A spokesperson for the Senator’s office told iTnews that the migration program would have multiple purposes.

The primary purpose will be to assist people who might otherwise struggle to afford or connect to the NBN to get online.

The spokesperson said that connecting to the NBN often required “extra assistance in person” to complete the process.

“A true estimation of the potential cost of migration assistance is difficult to establish, noting that for many consumers that phone or web support may be sufficient to resolve many underlying issues,” the spokesperson said.

“This being the case, with appropriate targeting of efforts to the most vulnerable customers it is reasonable to expect that the costs associated with migration assistance could be kept within a budget of $250 million over the forward estimates.”

NBN affordability has been a hot topic in 2018 as NBN Co seeks to raise its wholesale prices and average revenue per user to meet long-stated financial projections.

That has seen the cost of some basic retail services rise, and there have been fears raised that NBN Co is creating a class distinction on its network between those who can pay for higher performing services and those who can’t.

The Greens’ policy platform also keeps NBN Co in public hands instead of being sold off, as has been mooted, with the network finished “using best-choice technology” - though what would be was not specified.

“The Greens will also establish a Federal Telecommunications Concession, worth $1.3 billion, at a value of $60 per quarter and payable to all holders of a DHS Health Care Card to replace the limited telephone allowance [they receive],” Senator Steele-John said in a statement.

The party also said it wanted to establish a Digital Rights Commissioner, repeal the mandatory data retention scheme, and to update and strengthen Australian privacy laws.

“In the last few years we’ve seen a truly terrifying expansion of the powers of the Home Affairs department aided by a compliant Labor party more worried about appearing soft to voters than protecting our rights to privacy, security and safety online,” Senator Steele-John said.

“Meanwhile we’ve seen the equally terrifying rise of surveillance capitalism and data-farming – pioneered by Facebook – that has already had a significant impact on democracies across the world.

“If we don’t make a concerted effort now to enshrine our digital rights in legislation and follow the lead of world leaders in this space – such as the recently enacted GDPR in the European Union – then we will never be able to wind back government overreach in this space.”