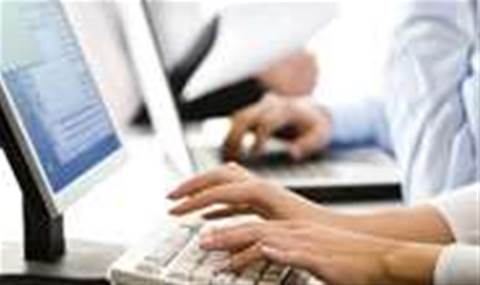 PC makers HP, Lenovo and Dell have abandoned plans to eliminate vinyl plastic (PVC) and brominated flame retardants (BFRs) from their products by the end of 2009 because of the recession, according to Greenpeace.

The environmental organisation released the latest version of its Guide to Greener Electronics today.

HP and Dell have yet to set a new timeline for completely eliminating these substances from all their products, and Lenovo has delayed its deadline to the end of 2010.

Apple is the only supplier to offer a product line completely free of the chemicals, apart from the power cords.

Greenpeace says it is important to eliminate the toxins, otherwise they accumulate in e-waste, harming the environment.

Greenpeace toxins campaigner Isa Kruszewska said that other manufacturers are complaining about the cost of the changes.

"But if Apple can do it, they can all do it," she said. "Currently, HP and Dell have no timeline on eliminating the harmful substances, which amounts to no commitment at all, though they claim they are still committed."

HP and Dell told Greenpeace that Apple is a more niche supplier and has the profit margins to be able to support the extra expense.

PVC- and BFR-free components are significantly more expensive than their more toxic counterparts – up to three times more costly in the case of cables.

But widespread adoption of toxin-free components will bring down prices, said Kruszewska.

"The suppliers are saying we're ready with the [toxin-free] solutions, we're just waiting for the orders. Manufacturers need to send a signal to suppliers and eventually, with mass adoption, the prices will come down."

Greenpeace said Dell produces a desktop, a notebook and several models of monitors with reduced amounts of PVC and BFRs, and a few monitor models that are free of these substances.

Lenovo has two models available that are PVC and BFR-free. HP is trailing behind, and has yet to bring out models with even a reduced use of PVC and BFRs.

Acer remains committed to phasing out PVC and BFRs in 2009.

Dutch electronics giant Philips jumped from fifteenth to fourth place in Greenpeace's league table of green electronics suppliers after taking much greater financial responsibility for recycling its products when they become e-waste.

The list is topped by Nokia and Samsung, while Nintendo, HP and Microsoft are classified as the least green companies according to their policies on toxic chemicals, recycling and climate change.

"However, as there are no viable alternatives to many of the components used in our products which include these chemicals, we've adjusted our timetable for eliminating them accordingly.

HP were available for comment at the time of publication.
Got a news tip for our journalists? Share it with us anonymously here.
Copyright © 2010 Computing
Tags:
accuses greenpeace hardware makers of on pc pledge reneging toxins