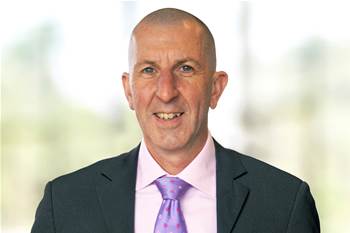 Richardson joined Great Southern Bank last month after over 17 years at CBA, most recently with its Colonial First State business that it has since sold a controlling interest in.

iTnews confirmed that Great Southern Bank has switched the technology leadership title from CTO to CIO.

At Great Southern Bank, Richardson will focus on delivering further customer benefits as part of a three-year investment program.

Great Southern Bank CEO and managing director Paul Lewis the bank - formerly known as Credit Union Australia (CUA) – has seen “great early results from our IT investments over the last couple of years.”

“Tom, with his mix of IT understanding, relationship building skills and long experience with digital transformation projects, is perfectly placed to make sure our customers get the maximum benefit from that investment,” Lewis said.

Richardson said he is “pleased” to join the mutual bank.

“The opportunities around data are where the interesting work is," he said.

“It’s about generating value out of what we’ve done, then using data to deliver further value for customers.

"We’ll also be looking for the right opportunities to work with fintech organisations that can add value to Great Southern Bank.”

Richardson’s CTO role at Colonial First State will not be replaced.

Prior to CBA, Richardson spent over 12 years at Accenture, first joining as a senior technology manager in the UK before relocating to Australia as senior manager for financial services.