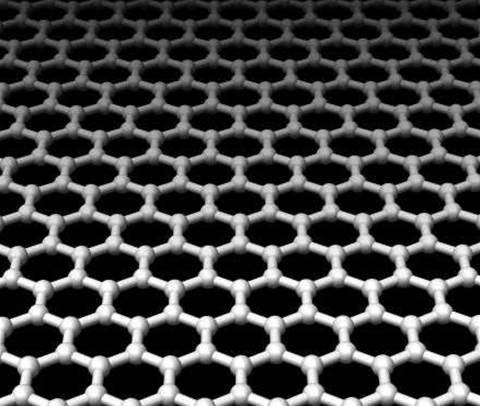 Researchers have observed 'bizarre' behaviour in graphene electrons that could make the material even more suitable to replace silicon in future electronic devices.

Graphene is a one-atom-thick sheet of carbon that conducts electricity 100 times faster than silicon. It has been flagged by IBM and Fujitsu as a silicon replacement in future transistors.

Researchers found that when stretched, graphene formed 'nanobubbles' that could be used to control the conductivity, optical and microwave properties of the material.

Michael Crommie of the University of California Berkeley said the effect was discovered by accident when his research team grew graphene on the surface of a platinum crystal.

The carbon atoms were not perfectly aligned with the metal surface, creating strain that produced small, triangular graphene bubbles four to 10 nanometres in diameter.

Because of the distortion, electrons within each nanobubble came to occupy particular, quantum energy levels rather than the usual, continuous range of energies in unstrained graphene.

These energy levels were identical to those created by a 300-tesla magnetic field: one so strong that it would only be produced in a laboratory in brief explosions, Crommie said.

"By using the pseudomagnetic fields created by strain, we might be able to force electrons in graphene to 'bunch up' at certain predefined energies," Crommie told iTnews.

"By controlling where the electrons bunch up and at what energy, you could cause them to move more easily or less easily through graphene, in effect, controlling their conductivity, optical or microwave properties.

"This is very useful for devices such as electrical switches and sensors which require us to control how electrons move under different conditions."

Crommie said the researchers planned to further study the fundamental behaviour of graphene, explaining that the behaviour observed in nanobubbles was "a completely new physical regime".

There were challenges ahead and it was difficult to predict when the technology would reach the market, but basic research would have a critical role in paving the way for applications, he said

"Graphene is an exciting new platform for creating electrical devices at length scales much smaller than the devices used in current technology," Crommie told iTnews.

"I believe that understanding the phenomenology of graphene will hasten its impact in commercial products. "

The discovery was reported in the July 30 issue of the journal Science.