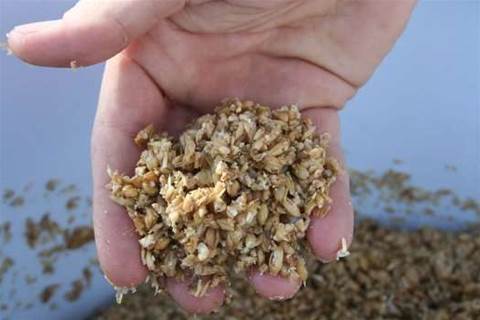 ASX-listed GrainCorp will examine applications of blockchain technology to its supply chain after being named an “initial” partner in a worldwide SAP co-innovation initiative.

The agribusiness firm - which has operations in Australia, Canada, USA and the UK - is one of just a handful of end users that will work with SAP “to validate use cases and business models for blockchain for product and asset lifecycle management solutions from SAP”.

SAP said in a statement that it “gives SAP customers and partners the opportunity to explore applications including registering events to blockchain from product inception and design to manufacturing and logistics phases for product track and trace”.

“The program also addresses parts serialisation and order validation for inventory management and for product provenance and authenticity.

It was not immediately clear how GrainCorp wanted to potentially use blockchain within its operations.

But the company has a vast and complex supply chain, connecting “more than 10,000 grain growers with local and international customers via Australia’s largest silo network, with a storage capacity of over 20 million tonnes, seven bulk port elevators and two specialty port terminals”.

It trades wheat, barley, canola and other agricultural commodities.

SAP’s Leonardo is a suite of software, microservices and consultancy that aims to get its enterprise resource planning (ERP) customers innovating on their core systems.

Blockchain is one of the technologies that SAP hopes Leonardo will help seed; others include the internet of things (IoT), machine learning, analytics, artificial intelligence, and big data.

GrainCorp completed the deployment of a greenfields global SAP system back in 2014 under a project known as ‘Program SALT’.

It was rolled out in Australia first, and that became the “global template” for deployments at the company’s international operations, according DXC-owned partner Oxygen, which worked on the project.

The company is continuing to augment its SAP presence, recently revealing a planned SuccessFactors deployment for its human resources.

GrainCorp’s addition to the blockchain project was announced at the start of SAP’s annual TechEd conference in the United States.