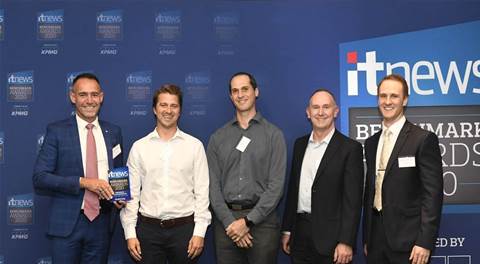 GrainCorp is reducing the risk for Australian growers being left out-of-pocket when brokering the sale of their grain by introducing a Secured Payment process to its CropConnect digital marketplace.

CropConnect brings together 10,000 suppliers and 200 buyers, enabling trade and oversight of agricultural commodities for producers, consumers and service providers.

However, it was only a matchmaking service when it was first built, and transactions could only be settled outside the platform.

The Secured Payments option, launched in May last year for farmers warehousing grain at GrainCorp sites, became the first in-house way for two parties to complete transactions without having to bring in a separate service.

That saddled growers with risk if and when a buyer didn’t pay within the advertised terms - costs which growers had to wear.

However, this outcome could have been avoided - and no grain titles would have exchanged hands prior to payment being made - with the new Secured Payment process integrated into CropConnect, according to GrainCorp.

If the new Secured Payment process had been integrated into CropConnect before that - and grain titles would not have exchanged hands prior to payment being made - that outcome could have been avoided.

And as an highly contested industry with a mix of corporate, independent and sole traders, GrainCorp also stands to benefit from the capability to pay securely.

The company faced competition from smaller operators with low overheads and that could heavily discount their services when handling, storing and transporting grain.

Faced with the prospect of margin and market share erosion, GrainCorp committed to change and performed a detailed market analysis, uncovering the need for and appetite of sellers “for greater payment security and shorter payment terms”.

You can read more about GrainCorp's work alongside the other winning projects and finalists here.