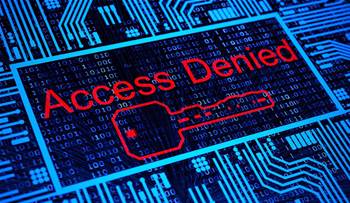 The parliamentary committee investigating the government's bill to allow content owners to apply for blocks to overseas websites facilitating copyright infringment has given it the green light despite strong concerns from the telecommunications industry.

The online copyright bill amends the Copyright Act to allow rights holders to apply for overseas websites used for downloading and uploading copyright infringing content to be blocked.

However, internet service providers and telcos have raised strong concerns about a number of elements of the bill, including the lack of indemnity for ISPs against damages claimed by a third party and the lack of cost recovery for ISPs in implementing a block.

The bill estimates it would cost ISPs $130,000 per year to comply with the legislation.

The parliamentary committee today heeded ISPs' calls and urged the government to clarify its position on costs as well as ISP indemnity.

"Where court orders require a [carriage service provider] to implement a complex and/or expensive blocking method, the need for a CSP to defray the costs of those measures becomes more acute," it wrote in its report.

"The committee notes the persuasive evidence of service providers to the effect that as a CSP bears no fault or liability for the infringement of copyright by its subscribers, the CSP should not be required to contribute to the cost of the remedy."

ISPs needed clarity that the costs associated with a site block would be borne in the most part by content owners seeking the block, the committee said.

The government also needed to be clearer on its intentions in regards to ISP indemnity from claimed damages by a third party.

"The committee notes the compelling evidence regarding the need to indemnify a CSP for acts done or omitted to be done in compliance with court orders," the report stated.

"The committee has regard to the reasoning of Justice Perram in Dallas Buyers Club LLC v iiNet, but urges the government to provide greater clarity on the issue of CSP indemnity from consequential actions."

Aside from minor changes to wording and a recommendation that the bill be reviewed two years after the law is passed to judge its effectiveness, the committee said the bill should be passed.

It steered clear of addressing the bill's other contentious issues, including the lack of restrictions in the number of websites content owners can request be blocked in one injunction and the lack of detail on how a website should be blocked from a technical standpoint.

It, did, however address concerns around how a site block should be communicated to internet users by recommending the government include a requirement to post a landing page on the blocked website outlining the details of the court order that led to the block.

"But the landing page should be hosted and paid for by the relevant rights holder – as happens today when Interpol seeks the blocking of offensive or illegal websites,” he said in a statement.

To successfully order a block, a rights holder must prove infringement is occuring in Australia.

In deciding whether to approve a block, a judge would take into account a number of factors including whether the site in question was "flagrantly" facilitating infringement locally, whether the site operator demonstrates a disregard for copyright generally, and whether other countries have blocked the site.

A block would need to be a "proportionate" response to the problem, the bill states.

No action on block tech detail

However, despite concerns from the ISP industry that the bill's lack of technical specifications on how a block should be implemented could lead to disastrous consequences, the committee made no comment on the issue.

ISPs typically blocked websites for Interpol requests at the Domain Name System (DNS) level, or by employing a filter on the network edge routers or core routers, blocking access to specific IP addresses.

The Communications Alliance has argued ISPs should be able to choose which method to use following discussion with the rights holder, but had asked the government to clarify its stance "as a matter of urgency".

The exclusion of such detail raised significant issues due to the number of ways a website can be blocked, the Comms Alliance previously argued, and the disastrous consequences should the wrong approach be taken.

In March 2013, the Australian Securities and Investment Commission accidentally blocked 250,000 websites in an attempt to shut down just 1200 after being unaware a single IP address could host multiple websites.

Labor and Coalition members of a parliamentary committee looking into the use of controversial powers to block websites facilitating illegal activity - section 313 laws - recently united to rubberstamp their continued use.

The committee - chaired by Liberal senator Ian Macdonald - said it considered online copyright infringement to be a "significant threat" to the success of Australia's creative industry.

Its recommendations to pass the bill were made despite a dissenting report by Greens committee member Scott Ludlam, whose lone voice argued the proposed legislation was equivalent to internet censorship.

"There is a substantial weight of evidence showing that it will be relatively easy to evade the bill's provisions, that it does not contain appropriate safeguards, and that it may result in legitimate online sources being blocked," Ludlam wrote.

"Most importantly, there is also a significant weight of evidence showing that the Bill will not meet its aims, as it does not address the underlying cause of online copyright infringement: The continual refusal of offshore rights holders to make their content available in a timely, convenient and affordable manner to Australians."