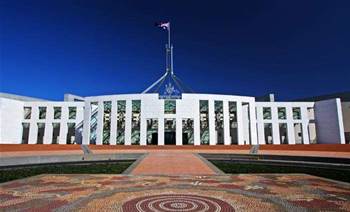 The Labor Government’s controversial bill to crack down on 457 visa abuse will become law, after it was passed by the Upper House today by 37 votes to 29.

Voting on the bill was left until the last minutes of the Senate sitting, the last time parliament will meet before the federal election.

Liberal senator Michaela Cash spoke loudly against the bill, arguing it was proof Prime Minister Kevin Rudd was not serious about "doing a deal with business".

"When you have a piece of legislation as important as this being slammed through the Senate with three and a half minutes of the debate, if that doesn’t say the union movement controls the ALP I don’t know what does," Cash said.

"I will be attentive to any real cases on listening to the business community to see whether it’s created a real business problem rather than a rhetorical one," he said.

The bill was passed without the amendments proposed by independent MP Bob Katter and greens deputy leader Adam Bandt.

Katter's proposed amendments included a cap of 6000 on the annual 457 visa intake, as well as an online register of employers using the visas and the roles they are using them for.

The Bill was first introduced by former Prime Minister Julia Gillard, who singled out the Australian technology industry for using the 457 programme as a substitute for hiring local workers.

She was later criticised by members of her own party for the way the crackdown was communicated to the electorate.

Business groups and recruiters have been broadly against the bill, arguing any rorting of the scheme has been isolated.

“The longer term solution to this issue is systemic changes in ICT education and skills development. This will take time and the industry must not be stalled in the meantime.”

The AIIA pointed out ICT job numbers are expected to double between 1999 and 2015, while ICT study enrolments have fallen nationally by 55 percent over the past decade.

It argues no data had been offered up to substantiate claims the ICT sector was one of the worst offenders in 457 visa abuse. However, one executive writing  anonymously for iTnews in March said 457 visas were widely used to reduce cost on major IT projects.