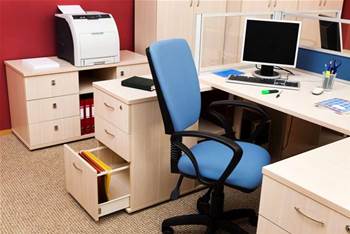 One quarter of Tasmania’s federal public sector workforce has signed a petition imploring the Australian government not to go ahead with its plan to centralise the IT function of the Human Services department out of the state.

The Department of Human Services first flagged plans to move 56 IT jobs out of Hobart and into three hubs across Australia as part of a centralisation effort in December.

The strategy to ‘locate optimally’ by creating ‘sustainable ICT hubs’ — in Adelaide, Brisbane and Canberra — is expected to result in a more flexible workforce and improved sustainability and support, the department said.

It will affect Hobart-based DHS workers looking after the department’s core ISIS (welfare payments) systems and application support, and its CUBA system for the Child Support Program.

The DHS has been consulting with interested parties over the past month and last Friday closed submissions to the proposal. It is expected to take several weeks before making a final decision.

The union representing the affected workers, the Community and Public Sector Union, will today present Eric Abetz, Senator for Tasmania and Minister Assisting the Prime Minister for the Public Service, with a 1000-strong petition urging him to reconsider the move.

The CPSU has also previously written to the relevant ministers asking them to overturn the decision.

The CPSU’s regional secretary Paul Blake said the department had failed to make a business case for centralising the IT jobs out of the state.

“People are really struggling to understand why this ICT work needs to be centralised to the mainland. This sort of ICT work can be done anywhere,” he said.

He said the move would take $4.5 million in salaries out of Tasmania without saving the department any money.

“In fact it probably costs money in redundancy payments, relocation costs and training new staff to do the jobs instead.”

The department said it will offer some workers redeployment — most likely in Adelaide or Brisbane — nd will help others find other employment before looking at voluntary redundancies.