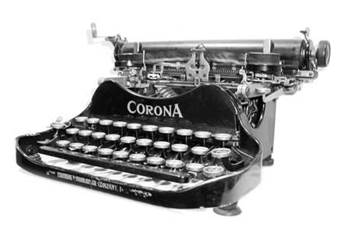 Delayed IT upgrades have emerged as a major consequence of the Federal Government's planned budget cuts for the next financial year, according to the Community and Public Sector Union.

A survey conducted by the CPSU of 1000 public service delegates found the cuts were likely to be found in deferring planned equipment upgrades and not refilling positions that fall vacant through attrition within government agencies.

“Some 40 or 50 percent of responses from delegates in the survey affirmed that IT was being affected,” a spokesman for the union told iTnews.

While he conceded the survey was not a scientific sample of actual government expenditure, the spokesman argued the estimates were credible.

Union delegates are usually the first to be informed of IT initiatives and as well as delays, he said.

The cuts are expected to come as the Federal Government attempts to reach a surplus in the budget for the 2012-2013 financial year. Treasurer Wayne Swan will reveal significant reductions in agency budgets on May 8.

Finance minister Penny Wong urged the public service in November last year to play its part in ensuring the Government meets its surplus targets, including increasing administration savings from 1.5 percent up to four percent, and a one-off 20 percent reduction in capital expenditure among agencies.

Wong outlined a range of ways this could be achieved, including reducing consultants and contractors and replacing travel with telepresence facilities.

They come in addition to the $1 billion in ICT savings from Government agencies between the 2009 and 2012 financial years as a result of the Gershon Review into IT spending.

Many of the union delegate comments in the CPSU survey [pdf] reflected the heavier workloads and a general lowering of morale.

Aged equipment was proving a burden for at least one Australian Bureau of Statistics’ delegate:

"Our technical systems are very old - so called 'legacy systems'. They are groaning under the weight of the add-ons that have been applied to them over the years - for which they were not designed. They can no longer deal with the work we have to do and are often no longer 'supported' because they are so out of date.”

A delegate from the Australian Taxation Office complained that staff were running short of laptops to train staff, while the Government's largest IT procurer, Defence, was also not immune from such concerns:

"IT is 10 years behind expectations of staff. IT memory is rationed to ridiculously low megabytes. (A smartphone has more memory available).”