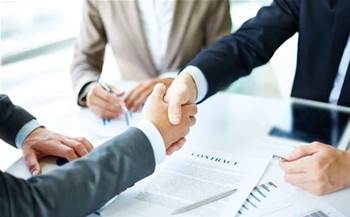 The federal government has introduced a new whole-of-government licensing arrangement with SAP in an effort to cut costs in IT procurement.

The new deal has been inked following months of negotiations that are similarly occuring with fellow major suppliers IBM and Oracle.

The three suppliers have earned $2.5 billion from contracts with the government since 2005. The federal government is also currently reworking its exclusive Microsoft licence deal with Data#3 into a broader arrangement.

The "strategic arrangement" with SAP is effective immediately for all existing and new SAP contracts. Agencies who want to purchase SAP products or services must now do so through the new arrangement.

The deal will "maximise the value of government’s spend on commonly used IT by leveraging demand across agencies to achieve price reductions", digital transformation minister Angus Taylor said in a statement.

It will operate in the same manner as the Microsoft volume sourcing arrangement, which came to life in 2008 and has to date generated savings of more than $200 million, according to Taylor.

SAP is a major supplier to the Commonwealth, and its technology is as the heart of many critical systems, including the new billion-dollar welfare payments systems replacement at the Department of Human Services.

The federal government - first within the Finance department and later at the Digital Transformation Agency - has been working on the new SAP arrangement since the 2015-16 budget as part of a broader effort to reduce costs and increase the efficiency of IT procurement.

The federal government also recently announced it would cap IT contracts at $100 million as part of an effort to reduce its yearly IT spend by 10 percent over the next four years.