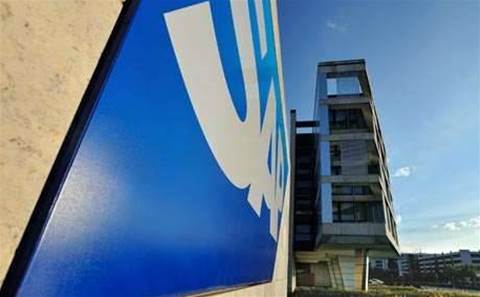 As part of push to expand co-ordinated procurement.

The Digital Transformation Agency looks set to introduce a whole-of-government licensing arrangement with SAP as it continues the federal government’s push to expand co-ordinated IT procurement.

The central procurement agency and the Department of Finance are currently in talks with the software giant around a new procurement approach that would save the government money.

The work is happening alongside the DTA's ICT procurement taskforce, which is reviewing the way government buys ICT goods and services, and will shortly report its findings.

While details of the proposed SAP arrangement are still scarce, any whole-of-government panel that results would be mandatory for agencies that want to purchase SAP services or products, a DTA spokesperson told iTnews.

The panel is likely to take a similar form to that of the Microsoft volume sourcing arrangement – the first co-ordinated procurement arrangement to be established by the federal government in 2008.

Analysis of contracts posted on the Austender website shows that $36.1 million was spent on SAP products and services during the last financial year. Around $141 million was also spent on SAP during 2015-16, largely thanks to the Department of Defence’s ERP systems overhaul.

SAP is also behind other large federal projects like the billion-dollar welfare payments systems replacement at the Department of Human Services.

Work on a new arrangement began in Finance's ICT strategic sourcing branch, which was established following the 2015-16 federal budget to “expand co-ordinated procurement to reduce the cost and increase the efficiency of procurement of ICT products and services”.

That function was transferred to the DTA in May as part of the shift of whole-of-government IT procurement, policy and project management responsibilities.

Whether the SAP licensing arrangement will be established separately to the replacement Microsoft reseller panel – the whole-of-government software licensing and services panel – remains unknown.

The government also hasn’t ruled out using the panel to buy off-the-shelf ERP solutions for its six shared services hubs. This is in addition to the dedicated ERP panel it is currently working to establish.

"It’s anticipated that any SAP offering made in this context would be supported or made under that whole-of-government SAP arrangement if it’s agreed," Finance head of technology and procurement John Sheridan told the ERP panel briefing earlier this month.

The government estimates that more than $1.2 billion has been saved as a result of its existing mandatory whole-of-government panels since 2008.