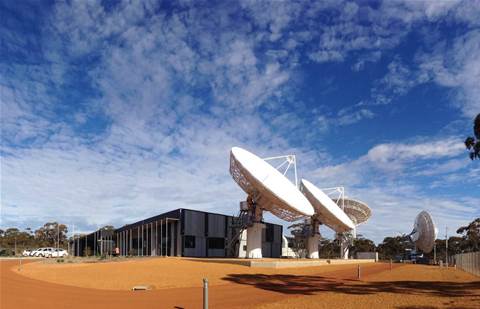 The government has pledged to pump another $160 million into mobile carriers’ regional networks and could also co-fund some area switches in parts of Australia exclusively served by Sky Muster.

Handing down its official response to the regional telecommunications review today, the government said it would spend $220 million, consisting of two extra rounds of the mobile blackspots scheme ($160 million) and an extra $60 million targeted at areas predominantly served by NBN’s Sky Muster satellite service.

The two extra rounds of the blackspots scheme would “have a strong focus on improving mobile coverage in our regions at public interest premises which benefit the community such as medical facilities, schools and economic centres,” minister for regional services Bridget McKenzie said.

Meanwhile, the government has left open the possibility of using the additional pot of $60 million to co-fund some area switches under the NBN.

An area switch is a mass upgrade of a particular area to a faster access technology, usually pursued for and paid by state or local governments.

One idea raised by the review was to allow NBN Co to co-invest in area switches in regional and remote Australia.

The review argued that area switches should be encouraged by being part-funded, since they essentially reduced pressure on NBN Co’s existing regional networks and defrayed future upgrade costs that NBN Co is likely to incur.

The government said that NBN Co was “keen to participate in ... projects where additional investment could facilitate faster upgrades for selected areas where practicably feasible, and without impacting NBN Co’s existing funding envelope.”

While money would not come from NBN Co, the government indicated the $60 million pot - officially called the “regional connectivity program” - could be used in limited circumstances.

These circumstances include that the area be served only by Sky Muster, and where an area switch upgrade proposal might result in an “uplift in revenue or avoided future expenditure” for NBN Co.

“These types of upgrades may be considered under the regional connectivity program,” the government said.

NBN changes in the works

The government was also receptive to other NBN-related recommendations made by the review.

The review had asked NBN Co to appoint senior executives - and even a board member - to “take responsibility for upgrading and improving the fixed wireless and satellite networks, as well as acting as regional advocates at the most senior levels of the company.”

The government and NBN Co were not keen on a specific executive, but there was support for appointing a board member “whose skills include regional, rural and remote Australian expertise”.

The review also wanted to see action from regulators to include fixed wireless and satellite speeds in mandated broadband monitoring.

“These metrics demonstrate satellite network capacities, which can affect performance for end-users,” it said.

“NBN Co will also report on the number of end-user impacting network incidents, outside of planned maintenance windows, which are recorded and managed in its operating systems.”

NBN Co will run a pilot project to understand the root cause of poor signal strength that some Sky Muster users receive, though it said it had identified “fewer than 300 out of approximately 94,000 premises with a Sky Muster installation which exhibit poor radio frequency strength signals.”

Additionally, the Department of Communications, the ACCC and the Australian Communications and Media Authority (ACMA) will “explore different monitoring options for satellite and the fixed wireless networks.”

Currently, fixed wireless and satellite connections don’t fit within existing NBN monitoring schemes, because the government has previously argued that too many external factors influence those connections, and therefore the results would be of limited utility.