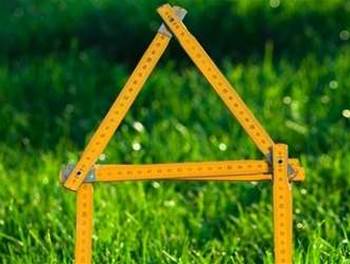 The Federal Government does not believe it would be difficult to set uniform wholesale prices for the NBN in Greenfield (new housing) estates, despite there being more than one network owner to deal with.

iTnews revealed last week confusion over whether NBN Co would roll out the fibre infrastructure in new housing estates under a mandate that comes into effect as early as July 1.

Private builders such as Telstra, Opticomm, Pivit, Comverge or OPENetworks will pick up most of the mandated work in NBN Co's absence. They will also act as ‘sub-wholesalers' - managing retail service provider access into the estates.

A spokesman for the Department of Broadband, Communications and the Digital Economy did not believe the complexity introduced by so many sub-wholesalers would make it more difficult to enforce uniform national pricing rules across the NBN network.

"There is already scope for the ACCC under the current Part XIC of the Trade Practices Act to declare access and regulate access pricing, or for the Government to look at more direct regulation in the future," the spokesman said.

"Competition to provide this infrastructure and from NBN Co is expected to keep downward pressure on access charges and help promote consistency nationally."

ACCC chairman Graeme Samuel told the Australian Telecommunications User Group conference last week that it had been involved in a "number of discussions" with NBN Co on the subject of a special access undertaking.

In addition to potentially enforcing pricing across Greenfield estates, it was also understood by at least one builder that uniform pricing - and therefore open access - would be retroactively applied to other estates where networks were privately held.

The FTTP market in Australia is currently fragmented among private network builder/operators with varying accessibility rules for retail service providers such as ISPs.

Telstra's Velocity brand, for example, has the largest footprint - in the form of its "smart communities" - but the networks were closed to third party service providers. Residents are locked into using Telstra services in those estates.

Opticomm and OPENetworks have built networks in estates that are open to any retail service providers.

And there area series of smaller players - including Pivit which has both a wholesale and retail arm (although it plans to divest this), Homelinx (which runs an estate near Sydney's Olympic precinct) and Comverge, which recently gained its carrier license and pledged open access.

"The general understanding is we'll operate by the same rules as the NBN Co operate," said Peter Thompson, chief executive of Pivit.

"We've always said we'd be happy to work within those guidelines."

Retro-active application of open access rules would undoubtedly be welcomed by internet users in estates where there was previously no retail competition.

Thompson said although Pivit's long-term plans had always been to "move out of the retail arm". The size of estates had prevented them from attracting the attention of ISPs in the past.

He said that while Pivit had attracted seven carriers to offer competitive services in commercial estates, it had yet to attract one to provide competing retail services in one of its residential estates.

"Only now are other retailers starting to talk [to us]," Thompson said.

According to Thompson, the apparent reticence of ISPs to buy wholesale access in some estates was simply a matter of market size.

The NBN would change that because ISPs would have access to a much larger market that wasn't fragmented among different network operators.

Attracting the attention of ISPs was not only an issue in Greenfield estates but also in brownfield locations for NBN infrastructure.

An area of Armidale-Dumaresq Council's constituency was named one of five mainland NBN test sites earlier this month.

Manager of tourism, marketing and economic development Kevin Abey told iTnews that while the council was excited to take part, what it really wanted to take from the trial was the entry of "price competitive services" into the region's telco market.

Abey managed the New England Smart Communities Action Project (NESCAP), which brought some fibre infrastructure to the town around 2001.

He said that despite the infrastructure injection, the project did not attract other retail service providers.

"We had a lot of organisations and businesses ready to sell boxes to us, but they weren't willing to take on the core risk to provide services," Abey said.

"What we identified [from NESCAP] was that competition from a service-level point of view is quite difficult to stimulate."

He continued: "We're very keen to see how the Federal Government goes in terms of attracting the commercial services [to the trial infrastructure].

"At the end of the day the Government is looking at attracting services organisations to take the commercial risk. We hope to see as many operators vying for wholesale services as possible."

The Government can already claim an early victory. Yesterday, iiNet, Internode and iPrimus were named as the first retail services providers to stage one communities of Tasmania's NBN.

The ISPs reportedly signed on with only an estimate of what TNBN Co would charge for wholesale network access.

The size of stage one - some 5,000 homes - appeared an attractive proposition for the three ISPs.

And that supported Pivit's arguments.

"It's all about the numbers. Once carriers have got tens of thousands of homes, all the financial models come good. It's when they've only got 2,000 customers that it doesn't necessarily work."