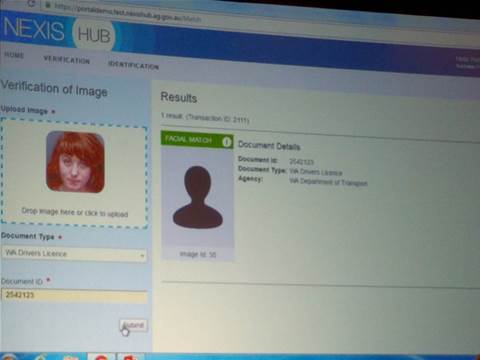 Graphic of the FVS interface.

The federal government has signalled plans to open up Australia’s newly-released face verification system to the private sector in order to better defend against identity crime.

The first phase of the platform, which lets the Department of Foreign Affairs and Trade (DFAT) and the AFP access images on citizenship and visa applications held by the Immigration department, went live last November.

The Attorney-General’s Department (AGD), which operates the service, has taken a staggered approach to the system implementation which will see other types of images, including those on driver licences held by the states and territories, introduced over time.

First up is passport images held by DFAT, which will go in from July. The AGD is also currently negotiating the addition of drivers licence images with the states and territories.

But the AGD’s assistant secretary for cyber and identity security, Andrew Rice, today revealed it was very likely the private sector would eventually also be brought into the scheme.

The government took the same route for its document verification service (DVS), which went live in 2007 for government agencies, and in 2015 expanded to include the private sector.

The DVS lets users compare information from an identity document against the government’s official records to check for authenticity.

Businesses with a “reasonable need” to use the system to verify a client’s identity are eligible to access the DVS, according to the AGD.

“We have a strong view in the Attorney-General’s Department that we need to have as broad as possible defences against identity crime in Australia,” Rice today told the Biometrics Institute conference in Sydney.

“We see it as a natural progression as we did with the DVS to make this service available to the private sector as well.”

Rice said the agency had approval from the federal government to pilot how the access will work, and expects to undertake proof-of-concepts throughout this year and next with private businesses.

The FVS received criticism prior to launch from privacy advocates and the ACT government for the "unprecedented and extraordinary" access it gives law enforcement agencies to sensitive data without proper safeguards.

The Attorney-General's Department undertook a privacy impact assessment for the capability last year and said it hadn't identified any significant risks or privacy issues in the system's design.