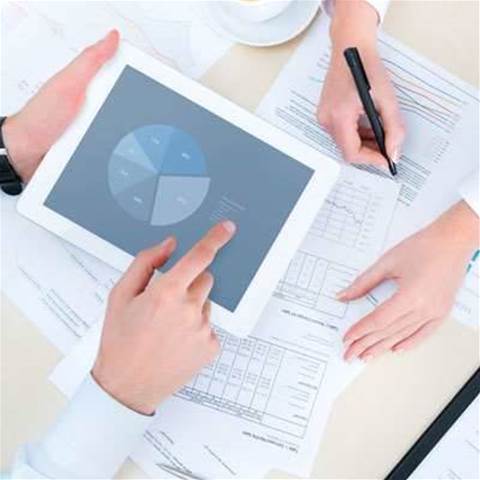 The federal government has offered $86.9 million in funding to universities and private sector bodies for academic research projects including IT initiatives that range from robotics to 5G networks.

The scheme promotes university-industry collaboration and offers funding in exchange for an in-kind contribution from the private sector.

Pyne did not specify how much funding had been provided by each private sector participant but said the total sum equalled $1.76 for every dollar provided by the government.

The funding round will see the likes of Alcatel-Lucent, Huawei, Cisco and Ericsson as well as a number of other private sector bodies partner with universities on a range of technology projects.

The University of Technology Sydney and Mission Australia were given $550,000 to develop "interactive mining systems" that would detect cyberbullying on social networks.

The project will use a "large number of participants" and a variety of inputs "including conversation texts, time-variant changes and user profiles".

"The intended outcome will enable the early detection and warning of cyberbullying and open a new way to discover interaction patterns with a large number of participants over evolving and complex social networks."

Thales and the University of Sydney were given $315,000 towards their project to make underwater survey robots communicate better with their human operators.

"It is often difficult to reliably program an autonomous system to identify salient data, particularly when the mission involves searching for particular features whose sensor signatures may be difficult to determine a priority," the researchers wrote.

"In contrast, humans are generally good at quickly identifying important data or determining when a mission is not achieving its goals.

"The project aims to develop novel acoustic communication schemes that will allow communication between the human operator and the underwater robot, exploiting developments in machine learning, network and communication theory."

Sydney Uni also received $574,932 to put into its project with Victorian utility Jemena to improve the efficiency of cloud data centres, and $280,000 for its work with Capgemini on introducing social networking into the enterprise more easily.

Jobs site Seek and RMIT were handed $394,000 towards their effort to mine details from web browsers to "redefine understanding of task-oriented search".

Queensland's technology university will put $300,000 towards its efforts with Honda Research Institute USA to increase driver safety and reduce risks through the use of in-car augmented reality displays.

Software vendor CA Technologies' project with the Swinburne University of Technology to automate the provisioning of virtual deployment environments received $473,000. The university also received $230,000 for its efforts with AARNet to create a consumer-centric solution for cloud service brokerage.

Queensland University got $430,000 to work with supercomputer maker Cray on an energy-tuning tool for the company's systems.

Huawei and Sydney University will use their $360,000 to research "building blocks" for future machine-to-machine (M2M) wireless networks.

“The project aims to develop novel communications techniques that are tailored to unique M2M network characteristics and requirements and demonstrate the proposed algorithms in practical systems,” the researchers said.

Alcatel-Lucent will join the University of Melbourne to look at modelling energy consumption in next-generation telecommunications networks, a project given $240,000 by the government.

Cisco and the University of New South Wales will work on improving video streaming using interconnected content distribution networks (CDNs), and Ericsson and Newcastle University will use their $350,000 over the next three years to study feedback methods for 5G networks.