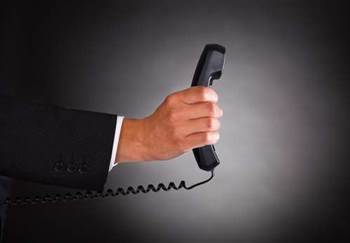 The government has offered a glimpse of the number of fixed voice services that remain active in the NBN fixed wireless and Sky Muster footprints.

The figures were collected with some “difficulty” from Telstra as well as other telcos as part of the development of the universal service guarantee (USG), which will replace Telstra’s universal service obligation (USO).

In a summary report released last week, the Department of Communications recommended that voice services under the USG continue to be supplied by Telstra, while internet services be supplied by NBN Co.

“Of these, we estimate approximately 600,000 services were provided to premises located outside the NBN fixed line footprint,” it said.

“In addition, there were approximately 235,000 ADSL broadband services still in operation on Telstra’s copper network outside the NBN fixed line footprint.”

A separate release of figures makes it possible to further break down the 600,000 figure.

“Based on the department’s analysis of data provided to it by industry, we estimate there are approximately 201,000 fixed voice services provided over Telstra infrastructure within the NBN satellite footprint,” it said.

That would mean the remaining 399,000 active fixed voice services are located in the NBN fixed wireless footprint.

Regional NBN users in either the fixed wireless and satellite footprints are able to keep their old voice services active.

“They can choose to maintain their landline telephone service and may also choose to complement this with an NBN fixed wireless or satellite broadband service,” the department said in its USG summary report.

Groups such as Better Internet for Rural, Regional and Remote (BIRRR) Australia recommend that customers in more remote reaches of the NBN keep their existing voice services connected.

“It is recommended for NBN Sky Muster and fixed wireless users, who do not have access to a mobile service, that a basic landline connection is maintained, as emergency backup,” the group says.

New department-released figures show that, at least in the Sky Muster footprint, there is a decent chunk of users without even 3G handset mobile coverage.

“Of the 201,000 fixed voice services provided over Telstra infrastructure in the NBN satellite footprint, we estimate 154,500 services (77 percent) are located within at least one mobile carrier’s 3G handheld coverage,” the department said.

The figures demonstrate the difficulty the department would have in pushing cellular technology as the main way to deliver minimum voice services under the USG.

Despite a series of investments by federal and state governments in mobile blackspots, there are still a number of Australians that live outside even 3G coverage, and who rely on Telstra fixed voice services.

But the challenge is clearer with these new numbers: while the USG summary report said that “approximately 88 percent of premises outside the NBN fixed line footprint and with a current Telstra fixed line service are estimated to have access to Telstra handheld 3G mobile coverage”, when fixed wireless areas are removed, the percentage drops back to 77 percent.

For that reason, it appears existing fixed voice delivery arrangements will need to remain in use for the foreseeable future.

Most of the existing fixed voice services - about 90 percent - are delivered over Telstra copper, with the remainder delivered via a mix of wireless, USO satellite or fibre.