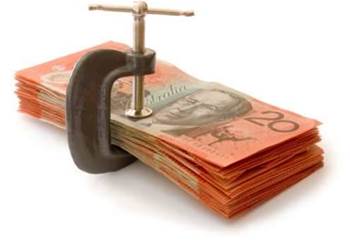 Money to be redirected to encourage small business, angel investors.

Australia’s major banks, miners and pharmaceutical companies will lose access to the Federal Government’s Research and Development Tax Incentive, to help pay for a new jobs plan that focuses on manufacturing, small business and startups.

The tax incentive will no longer be available to companies that have more than $20 billion in Australian turnover.

“To finance a $1 billion plan for Australian jobs, some tough choices did need to be made and we have decided that some of the biggest businesses in our nation can forego an extra research and development tax credit in order to fund this package,” Prime Minister Julia Gillard told reporters yesterday.

The Government will also build up to 10 Industry Innovation Precincts to "bring firms, research institutions, technology experts and business service providers together to achieve the innovations, connections and scale our businesses need".

“Denying access to the R&D Tax Incentive for such businesses may run counter to some of the objectives behind the industry and innovation statement,” he said.

There is also a concern in some quarters that the new policy may negatively impact jobs.

RSM Bird Cameron R&D tax expert Stephen Caroll said while the redistribution of funds may benefit small and medium-sized businesses, the businesses that would be excluded from the R&D tax incentive were also the ones that could afford to send their R&D overseas.

"Further, the changes may provide less incentive for multinationals to conduct R&D in Australia, which may also have an impact on local jobs," Carroll said.

Australia’s major banks stepped up the hundreds of millions of dollars they spend on R&D last year, despite a change to the tax incentive that excluded core systems upgrades.

Australia’s miners are also big users of the tax incentive.

Universities Australia said the tax incentive change was the “sting in the tail” of the jobs plan, and placed a question mark over the Western Australian Energy Research Alliance - a research collaboration involving the CSIRO, University of WA, Curtin University, Woodside, Chevron and CGGVeritas.

The group’s focus is on gas processes, facilities and subsurface technology.

“Some of the most successful industry-research collaborations in Australia have involved the largest companies operating in Australia,” Universities Australia chief executive Belinda Robinson said.