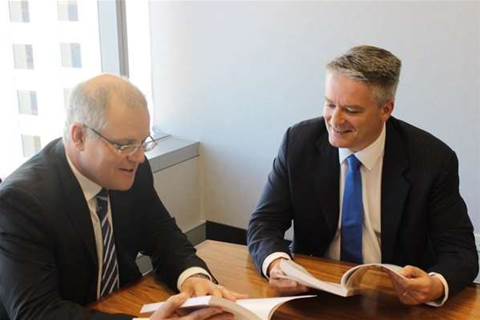 The federal government will rely heavily on data analytics to scrape back billions lost to tax evasion and welfare fraud as it battles a $4.4 billion revenue decline since the May budget.

Unveiling his mid-year economic and fiscal outlook (MYEFO) today, Treasurer Scott Morrison insisted his government continued to make “workmanlike progress, year by year” towards achieving a promised budget surplus, despite having to push back the date by another year.

In response, the 2015-16 MYEFO is underpinned by a strong investment into analytics and new data matching schemes the government hopes will bring more than $2 billion back to its purse over the forward estimates.

From July 1 next year, the government plans to boost its efforts to match employment income reported by individuals to Centrelink against the PAYG figures handed over to the ATO by employers.

The Department of Human Services is expected to inject just over $50 million into the strategy.

The government expects a further $695 million will be generated by matching similar welfare data sets against other types of information declared to the ATO by social security recipients, targeting people who may have downplayed non-PAYG income in the years 2010-11 to 2013-14.

It is also planning to go after Australian graduates living and working overseas.

The government is eyeing off $6.3 million over the forward estimates by investing more resources into recovering higher education loan payments from HELP recipients.

It will exchange income information with international agencies and introduce new penalties for former students earning an income in another country but not repaying their debt.

Underpinning a lot of this work will be a $61.9 million investment into the data analytics capabilities of the ATO, which is already home to one of the largest IT shops in Canberra.

The new money will help the Tax Office “better detect and deter non-compliance” through mechanisms like pre-populating an increasing number of fields in electronic tax returns based on verified government data.

The investment is expected to deliver a return of $222 million over the forward estimates by deterring intentional and unintentional tax mis-statements.

The measure adds to the $130.9 million for ‘digital services’ the ATO received in the May budget.