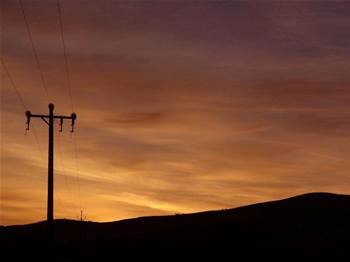 Leader of opposition business in the House of Representatives Christopher Pyne has accused Labor of "filibustering" as Communications Minister Stephen Conroy lobbied key independent members to turn down Coalition amendments to a series of bills concerning the NBN.

Pyne told the lower house this afternoon that the key independents were "in the members lobby having their arms twisted to change their position on their support" for amendments to these bills proposed by the Coalition today.

He branded it a "disgraceful move to filibuster until the Government offered whatever inducements were necessary" for the independents to change their positions.

Pyne was urged to stop shouting by the speaker of the house but narrowly avoided a point of order over whether his assertion was "highly disorderly".

The leader of the house Anthony Albanese said the accusations were "unparliamentary".

Opposition communications spokesman Malcolm Turnbull later interjected with a point of order, arguing that if Labor "want to filibuster they should at least be relevant".

The coalition proposed amendments on uniform prices and freedom of information rules.

The delays came after the Coalition spent over fours hours this morning arguing whether or not to proceed with debate of the NBN bills, as the lower house had been recalled to do.