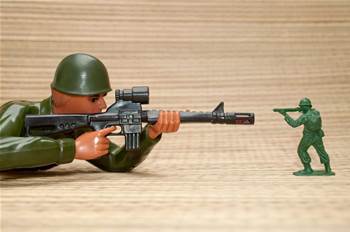 But will it be a toothless tiger?

The federal government is examining a regulatory scheme that would allow it to chase civil penalties and fines from social media providers that refuse to take down material considered harmful to children.

“It is clear that parents, and others caring for children, want more help – and better tools – to keep the children in their care as safe as possible when they use the internet,” parliamentary secretary for communications Paul Fletcher said in a statement.

However the Government has also acknowledged that it faces an uphill battle compelling social media giants based overseas to comply with any new legislation if it is not in their interest to do so.

Proposed new legislation would allow a new children’s e-safety commissioner to decide whether social media sites have acted upon complaints by children, parents and even teachers in a satisfactory way — for example by taking down offensive posts within a certain timeframe. Forty-eight hours is suggested as a benchmark.

Failure to respond or to pull down content could lead to civil court action, financial penalties, public rebuke for the organisation and even officially branding the website as being unsafe for children, the discussion paper has suggested.

In the majority of cases, international social media sites have already indicated their intention to cooperate with local governments, particularly when it comes to child safety, the paper notes.

However, the policy proposal does not put forward any mechanism for enforcement if and when a dispute arises.

“Where a relevant social media site operator is not located, or does not have a sufficient presence, in Australia, enforcement of the above regulatory measures is likely to be more difficult,” the paper states, calling for suggestions from the public on “the best way of encouraging regulatory compliance by participating social media sites that lack an Australian presence".

“The creation of a new statutory body and new regulation on complaints handling seems at odds with the Government’s stated strategy to reduce regulation and to streamline Government agencies," AIMIA said.

“The Government’s proposal to legislate a one-size fits all regime is counterproductive to our own work and commitment to the safety of the people who use our services".

The discussion paper also proposes new measures that could be used to act against individuals responsible for posting what the commissioner deems to fall within the parameters of ‘cyberbullying’ after receiving feedback that existing provisions are unclear and failing to act as a deterrent.

Even though harassment via “a carriage service” is already illegal, the measures propose a new offence tailored to minors with clearer wording and lighter minimum penalties that could be more readily applied by a Judge.

The New Zealand Parliament is currently considering a similar bill that would establish the offence of causing harm online, punishable by imprisonment for up to 3 months, or a maximum fine of $2000, as well as mandatory counselling or community service.

Also following the lead of NZ, it has proposed the introduction of a civil offence that could see social media users who fail to remove or cease harmful posting fined $1000.