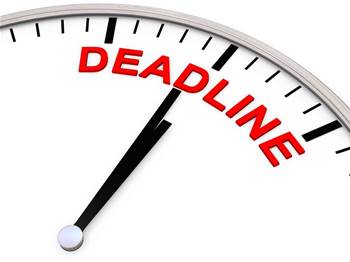 The Federal Government is unlikely to meet its promised July 1 deadline for completion of the $466.7 million e-health records project after the body overseeing implementation of the system halted preliminary work in lead implementation sites this week.

A spokesperson for the National E-Health Transition Authority (NEHTA) said "work on primary care desktop software development" at ten of 12 lead implementation sites around the nation had stalled due to "technical incompatibilities across versions" of the specifications provided to the sites.

None of the software affected by the issue had been pushed live to patients, but one report suggested NEHTA told heads of the implementation sites affected last week that there was a "potential clinical risk" if work went ahead using the specifications supplied.

"NEHTA is acting after internal checks detected issues in the latest release of its specifications in November 2011," a NEHTA spokesperson said. "We have identified problems with the specifications and have made the decision in order to avoid any risks."

NEHTA would not confirm how long work would be delayed at the sites or whether other sites planning to go live with work in coming weeks will also be pushed back.

The announcement has served to exacerbate doubts expressed in the health sector over whether the PCEHR project will be ready by July 1 2012, as previously scheduled.

Australia's Department of Health and Ageing has tempered language surrounding aspects of the project in recent months. It now lists July as the date from which Australians will be able to register for the record, rather than the go-live for a functional system.

The department told a Senate inquiry last year that it expected security and standards aspects of the project to be ready by the deadline date, as well as the "core infrastructure" and repositories required to host the records.

But support for the PCEHR by doctors and the software used by many is not expected for some time.

John Frost, chief executive of software vendor HCN - which develops the popular Medical Director software - told iTnews there had been no appetite among the company's customers for the PCEHR.

"Our customers are not talking, to us at least, really about the PCEHR at this stage. Will that change in the future? It may do," he said.

He said lack of ongoing funding from the Federal Government past July meant HCN and other companies would adopt a "wait and see" approach to the project.

The delay comes four months after NEHTA sidelined work on specifications underpinning the project being undertaken by Standards Australia in favour of smaller groups dubbed "tiger teams" to accelerate development on 49 standards required for the project.

These 49 standards remain subject to consultation and final approval by Standards Australia after they are put in place for use in the live health records. NEHTA has pledged to support any live specifications for at least two years in order to prevent any specification issues.

The NEHTA spokeswoman would not comment when asked if use of the tiger teams was linked to the latest project delay.

The lead implementation sites have worked alongside a consortium of software companies led by Accenture to stand up national infrastructure for the $466.7 million PCEHR project.

Representatives from these sites were asked to sign non-disclosure agreements to ensure that media coverage would not hamper the project. Sources told iTnews these agreements also prevented discussion of the standards and specifications, the root cause behind the project's delay.

Concerns around the differences in specifications used by the Accenture-led consortium and implementation sites forced NEHTA to re-negotiate contracts governing transition of work from the lead sites to the final system.

The problem did not appear to affect work being done by lead sites operated by Medibank Private, which is developing a 'health book' for chronic disease management, or Fred IT, developing a national medications repository.

The NEHTA spokeswoman also said the issue did not affect the Department of Defence's separate e-health record project, JeHDI, based on software from EMIS and integrator CSC.

But those sites tasked with individually testing elements of the e-health record with a particular demographic or using existing security standards and software could be delayed in testing the specifications underpinning the system.

"In large projects of this scale, it is not unusual for problems of this type to arise," the spokeswoman said.

"We are working to manage this situation to ensure the program is delivered."