Government claims NBN will pay itself off 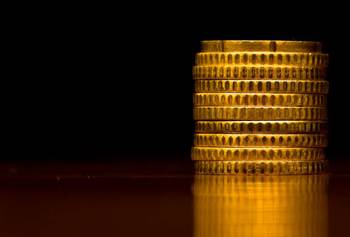 The Federal Government has claimed that its $26 billion investment in the $43 billion National Broadband Network will yield a profit of 6 to 7 percent.

The figures were released today in the NBN Implementation Study, written by McKinsey-KPMG after a $25 million commission from the Government.

The study said that - assuming no deal is struck with Telstra - NBN Co could nonetheless be earnings positive within six years and the taxpayer be repaid within 15 years.

- The report says that based on half of Australians adopting NBN-supplied services, no deal with Telstra and privatisation within seven years, the Government could make a 6 to 7 percent return on the NBN.

- The report recommends NBN Co become the sole provider of fibre to Greenfield housing estates, and that NBN Co should up the direct fibre to the home component of the NBN from 90 percent to 93 percent. It does not recommend NBN Co replicate existing fibre in housing estates.

- The report recommends that a further four percent of Australians be serviced by fixed-wireless and the final three percent by KA-band satellite services. both operating Layer 3 networks. The fixed-wireless component of the NBN be put out to public tender, such that an existing commercial operator could run both a wholesale and retail operation in conjunction with NBN Co, which would supply backhaul.

- The report recommends NBN Co not overbuild on existing backhaul. It would nonetheless be required to build out at least 60,000 to 70,000 km of backhaul networks.

- The report does recommend NBN Co duplicate the existing HFC cable networks of Telstra and Optus.

- The report recommends NBN Co restrict itself to a Layer 2 fibre network, in the expectation a market will develop for wholesale Layer 3 operators.

Speaking at the launch of the implementation study, Finance Minister Lindsay Tanner told the press today that the report "confirms clearly that the proposal is entirely financially viable" within the $43 billion plan first announced.

Minister Tanner said the Government's $26 billion contribution to the NBN "is an investment, not a grant" because "it will be earning a return."

The NBN Implementation Study assumed that half of Australia's population would take up NBN-supplied services "at prices comparable to today at faster speeds."

It also assumed that the Government might not have reached an agreement to buy existing network assets from Telstra.

"If an agreement to migrate traffic onto the NBN is struck with Telstra or any other service provider (a ‘migration agreement'), any consideration paid should be treated as an incentive payment netted against the revenue that is brought forward from early migration of the traffic concerned, and hence would not be relevant to an analysis of the $43 billion capital expenditure estimate," the executive summary of the report said.

Senator Conroy said time was running out in the talks between the Federal Government and Telstra.
"I wouldn't imagine we could talk to the end of the year or [even] June," he told reporters.

Conroy said that the "complexities" of the discussions are "still enormous" but that "constructive dialogue contionues."

Prime Minister Kevin Rudd told a separate news conference that the NBN Implementation Study "confirms that the company will be profitable, so that Government investment peaks at $26 billion by the end of year 7, and taxpayers will be paid back with a modest return by year 15."

NBN Co CEO Mike Quigley released a statement saying that "it is pleasing to see that the Implementation Study has confirmed NBN Co's conclusion that this project is financially viable."

REACTION - Telcos keen on recommendations, Opposition not so sure