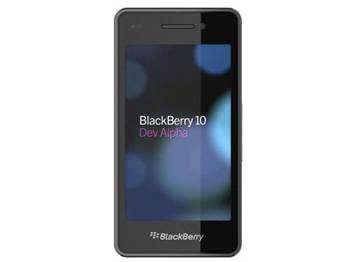 The BlackBerry 10 has attracted the thumbs up from reviewers, and RIM's existing system remains the only mobile management platform accredited for all government data up to 'restricted' and 'in-confidence' level, well beyond the current possibilities for iOS or Android handsets.

But poor timing and a lack of applications has led to little Australian Government interest in the new BlackBerry smartphones, a meeting of security and agency ICT reps was told last week.

Speaking at a Good Technology event in Canberra, Al Blake, CIO at the Department of Sustainability, Environment and Environment, Water, Population and Communities (SEWPaC) said he was yet to receive a user request for a BlackBerry 10 device.

Most of the 350 users opting for a BYOD plan at the Department sought support for Apple (iOS) or Android devices, and one had requested Microsoft Windows Phone 8.

“We had a large BlackBerry fleet, which was state of the art at the time,” Blake told iTnews. “But predominantly people had two phones – their work phone and their other phone. Now they just have one.”

Defence, Australia's largest agency,  has confirmed it is yet to exhaust supplies of older BlackBerry devices.

"Defence provides a standard service and as we have ample stocks of our current BlackBerry fleet. We are not looking to upgrade to the Z10 or Q10 at this stage," a Defence spokesperson told ITnews.

Blake said that while he "isn't in the business" of criticising suppliers, he feels RIM has "missed the boat.”

RIM may have had better fortunes if its new smartphones were available one year ago, he said.

“In Government, once you’ve made a technology jump and invested the money, even if the new BlackBerry is brilliant, I can’t go back today and rip out [what we've invested in] and try this new device.

Matthew Ball, managing director of RIM ANZ was confident the company's new technology would take hold, given time. He said some government agencies in Australia were already testing BlackBerry 10 and BlackBerry Enterprise Service 10, which launched in March, 2013, but declined to name them.

“We are actively engaged with these customers to understand and comply with their requirements and are pleased with the uptake of trials so far,” Ball said.

BlackBerry’s selection of apps was one of the fastest growing across all major categories, he said.

“We have a loyal and engaged team ready to make it happen. They are extremely confident about BlackBerry 10 in general."