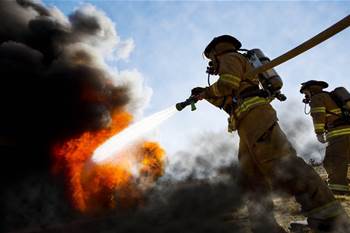 The government can now add “last resort” cyber security incident response takeover to its list of powers after a bill containing them passed the senate last night.

The takeover powers were carved out of a broader bill and reintroduced to parliament in late October, passing the lower house the same day and now passing the senate as well.

The powers remain deeply unpopular among industry operators, including the tech giants, which say the takeover powers in particular are “unworkable”.

That opposition did not prevent passage of the powers, however, with senator Perin Davey, the Nationals whip in the senate, lauding the government’s consultation on the new powers.

Davey also said that there was a “strong community expectation” that the government should be able to intervene in cyber security incidents across a range of critical infrastructure sectors.

“The government assistance powers … [in] this bill have been proposed as a result of the consultations, which revealed a strong community expectation that, in emergency circumstances and as a matter of last resort, the government will use its technical expertise to protect Australia’s national interests and restore the functioning of essential services,” Davey told the senate.

“The government recognises that industry should - and will usually - be the first responder to the vast majority of cyber security incidents, with the support of government where necessary.

“Collaborative resolution will always remain the most effective method of resolving an incident, and that is why it’s the government’s first preference to work with industries and with our critical infrastructure providers to maintain our national security.

“However under the provisions in this bill, the government does maintain the ultimate responsibility, as would be expected by the Australian public.”

The Greens tried unsuccessfully to pass an amendment to have the senate note - among other things - the lack of support from “key stakeholders in the logistics, technology, and education sectors, among others”, “insufficient consultation”, and the serious nature of the powers.

Davey reiterated on multiple occasions that the “government assistance” powers were “last resort”.

“The intervention power may only be authorised once the Minister for Home Affairs has sought agreement from the Prime Minister and the Minister of Defence,” she said.

“There are protections built in to ensure it is only used as a mechanism of last resort.”

She said consultations had spanned thousands of participants and hundreds of submissions across several processes.