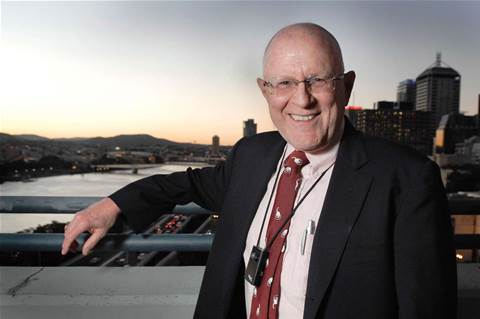 The company won’t disclose the value of the investment, but sources told iTnews it was well under the $1 million mark.

OrionVM managing director Sheng Yeo told iTnews the two investors haven’t taken a very large equity position in the company, the majority of which remains shared among its founders.

Baxter was co-founder of dark fibre provider PIPE Networks, which he and Bevan Slattery sold to TPG for $370 million.

Bell, now in his 70s, is credited as “father of the minicomputer” after building PDP and VAX computers when head of research and development at Digital Equipment Corp.

Today Bell told iTnews he was attracted to the investment by OrionVM's people, technology and its potential in the market.

“First and foremost I like these guys and what they’ve accomplished, I think they are on the right track for building scalable systems,” he said.  “You have to like the team and what they’re doing, but as important, their technology resonates with things I think are important.”

Bell joked that he would rather be investing in researchers with a “straight-forward business model” than the 101 start-ups looking to cash in on the latest flavour in social networks.

Bell said he had assessed the company’s metrics to validate their speed claims, and that the scientist in him approved of their decision to avoid using standard off-the-shelf technology when building the platform.

From a market perspective, OrionVM’s technology “fits with my belief in the cloud as the next generation of computing,” he said.

"Frankly I didn’t see it move as fast as I think it can move here in Australia, partly because people are concerned with where their data resides.”

Bell said he has tried to advise the company against chasing the Silicon Valley dream whilst there is so much opportunity at home in Australia, but after they insisted on exploring the option, he lined them up to speak with some of his peers.

Beyond that he will encourage friends in the local sector, especially the research and university community, to try out the service.

“All it takes for some of these start-ups is to find a few customers that have a huge demand.”

He sees some challenges for the small company ahead.

“The tricky thing for them is whether they continue to evolve their technology so it remains robust and fast.

"They have done a remarkable job with just the three of them and a network of freelancers. Can they grow the team beyond a few people?”