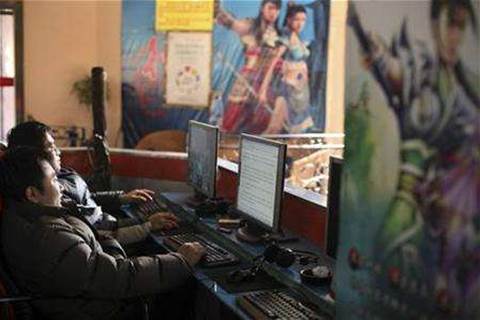 People use computers in an internet cafe at the centre of Shanghai January 13, 2010. Credit: Reuters/Nir Elias/Files

Several Google Web products, including the popular GMail service, appeared to go dark for users on several continents on Monday.

The two products are part of Google's Apps suite, a Microsoft Office rival that caters to both consumers and businesses.

The company did not specify how many users were affected, or where, but the outage prompted widespread complaints on social media on both coasts in the US and other major markets, from the United Kingdom to Brazil.

"We are currently experiencing an issue with some Google services," Google spokeswoman Andrea Freund said in a statement.

"For everyone who is affected, we apologise for any inconvenience you may be experiencing."

Firmly entrenched in the consumer market, GMail is one of Google's most popular and important product offerings.

The search giant, which has been pushing a corporate version of the email service and its Apps suite to businesses to compete with Microsoft, said this month that the package will no longer be free to business customers.