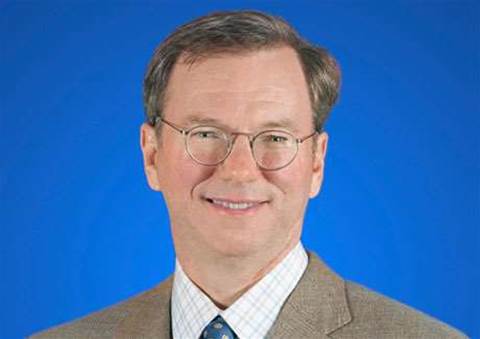 Eric Schmidt, the former chief executive officer of Google, has agreed to head a new Pentagon advisory board aimed at bringing Silicon Valley innovation and best practices to the US military.

US Department of Defense Secretary Ash Carter is due to discuss the new Defense Innovation Advisory Board with Schmidt during the annual RSA cybersecurity conference in San Francisco.

Schmidt is currently the executive chairman of Alphabet, the parent company of Google.

The new board is Carter's latest effort to kick-start innovation across the US military by building bridges to the US technology industry.

The US defense chief announced the board's creation on Wednesday during his third trip to Silicon Valley since taking office just over a year ago.

Carter and Schmidt will select up to l2 individuals to serve on the board, focusing on people who have led large private and public organisations.

In a statement, the Pentagon said Schmidt was chosen because he excelled at identifying and adopting new technology concepts.

Modeled on the Defense Business Board, which provides advice on best business practices from the private sector, the new panel is intended to help the Pentagon become more innovative and adaptive in developing technology and more nimble.

Members will draw on their experience in Silicon Valley to advise on rapid prototyping, iterative product development, complex data analysis, the use of mobile and cloud applications and organisational information sharing.

"The secretary is always looking at ways to ... keep the department thinking fresh, bringing in new ideas, bringing in new voices, and he sees this as another opportunity to do that," a senior Pentagon official said.

The announcement comes just a day after the Pentagon revealed plans to hire external vendors to develop a US$600 million (A$836 million) system for a new background check agency.