Google's cloud services under ASD review for govt use 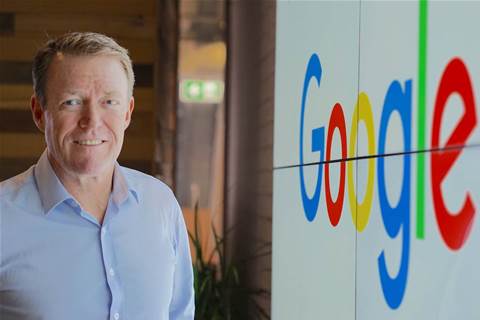 Google’s Australian cloud boss says the company has “made very good progress” towards having its services included on the government’s certified cloud services list.

The web giant is currently the only large public cloud operator not on the list, but Colin Timm - who is A/NZ country director for Google cloud - said work is underway to change that.

On part of its website dealing with regulations, Google said its cloud services have been assessed under the information security registered assessors program (IRAP).

“[We have] completed an IRAP assessment for unclassified [data] by an accredited auditor and the submission is under review by the Australian Signals Directorate,” Google said.

“The assessment covers the operations and security of Google cloud platform services, including those offered from the Sydney region.

“Although Google cloud platform has not yet received formal IRAP certification, the official assessor’s report and corresponding letter may be used by agencies to assess the security of [Google cloud] for government use in Australia.”

The company is offering copies of the documentation to government agencies that sign a non-disclosure agreement.

“We’ve spent a lot of time working through the certifications and working closely with the ASD and we’ve made very good progress with them,” Timm told iTnews.

“We have a lot of interest from government. They recognise full well that we’ll be a player and are working hard with us to help us work our way through the certification process with regard to IRAP.”

At present, Microsoft Azure and AWS’ EC2 are able to house unclassified government information of the same type that Google wants to attract.

Microsoft’s Azure is currently the only major public cloud to also be able to carry “protected” data, although this comes with some caveats, including the need to use additional configuration and security controls - some of which are still being defined.

Microsoft’s trials in gaining protected status are likely to be instructive for other public cloud operators such as Google should they wish to chase higher-value Australian government workloads.

The path to multi-cloud

Google launched its Sydney region - which consists of three availability zones - back in June of last year.

Timm joined the company a few months later in September; he has previously held executive roles with the likes of Telstra, AWS and Microsoft.

While enterprises have largely started their cloud journeys in the likes of AWS and Azure, Google’s cloud platform is growing in stature, particularly as the ‘second cloud’ that enterprises are introducing to their environments as part of a multi-cloud strategy.

Macquarie Bank is the latest to reveal it is looking at Google cloud platform for this purpose; other customers include Woolworths, Woodside Energy and PwC Australia.

Timm said Google is continuing “to build out our capability within the Sydney region” by adding more locally-hosted versions of its services.

The next service to be added is likely BigQuery, a managed data warehouse service that incorporates some machine learning and artificial intelligence capabilities.

“A lot of customers who are using and exploring things with BigQuery [are doing so] to some extent outside the borders of Australia but knowing full well that it will be with us in very due course,” Timm said.

“It will be here before the end of the calendar year [December 2018] and we’re pushing very hard to get it here sooner rather than later.”

Timm also dropped a hint that a second Australian region may be on the cards.

“We’ll have other affiliates to [the Sydney region] within the bounds of Australia as well as we go forward, so we’re exploring that more and more,” he said.

Timm believed that, over time, enterprise customers would start to even out the workloads they put in different cloud environments.

He said there is “still a lot up for grabs and to be done by many organisations” when it comes to cloud, meaning Google is still well-positioned to grow its local public cloud market share.

“I think it’s going to be decided workload for workload,” he said.

“You’ll see organisations making decisions on the basis of the most effective platform for a particular workload, and the most efficient option from a pricing perspective.

“The areas we’re finding the most traction are more in the platform-as-a-service arena and around data management and analytics [services].

“So whilst some will have done infrastructure-as-a-service [with other players], there’s still lots to be done.

“Once they start to realise the strength of what we offer you’ll start to see that balance of trade being a lot more equal than perhaps the market is recognising now.”