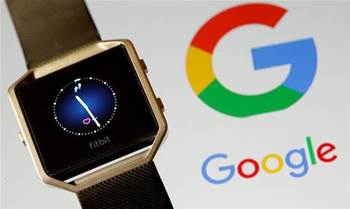 Final decision pushed back to the end of March 2021.

Google is yet to convince Australian regulators that its proposed acquisition of Fitbit won’t cause competition or privacy issues, with a draft court-enforceable undertaking it submitted last month knocked back.

The company, which hopes to buy Fitbit for US$2.1 billion (A$2.77 billion), won EU antitrust approval last week, but is yet to have the transaction cleared by authorities in the US and Australia, among other jurisdictions.

It had submitted a “long-term behavioural undertaking” at the end of November to address concerns raised by the Australian Competition and Consumer Commission (ACCC).

The undertaking laid out ways that Google would behave “towards rival wearable manufacturers” and committed not to use health data for advertising “and, in some circumstances, [to] allow competing businesses access to health and fitness data.”

But the ACCC rejected the draft undertaking on Tuesday because it would be too difficult to monitor for compliance.

“While we are aware that the European Commission recently accepted a similar undertaking from Google, we are not satisfied that a long term behavioural undertaking of this type in such a complex and dynamic industry could be effectively monitored and enforced in Australia,” ACCC chair Rod Sims said in a statement.

“We recognise we are a smaller jurisdiction and that a relatively small percentage of Fitbit and Google’s business takes place here, however the ACCC must reach its own view in relation to the proposed acquisition given the importance of both companies to commerce in Australia.”

Sims said the ACCC would “continue to work closely with overseas agencies” that are also reviewing the proposed acquisition.

In addition to rejecting the “current proposed undertaking”, the ACCC extended the date by which it will finish reviewing the buyout “through to 25 March 2021 in order to continue its investigation and consider its legal options.”

A Google Australia spokesperson said the company was "disappointed at this delay", but that it would "continue to engage with the ACCC to answer their questions."

"We have been working constructively with regulators around the world to close the acquisition of Fitbit and to start building new helpful devices for users," the spokesperson said.

"As we’ve said from the beginning, this deal has always been about devices, not data, and we are committed to protecting Fitbit users’ privacy."

Sims said the ACCC continues to have concerns that Google’s acquisition of Fitbit "may result in Fitbit’s rivals, other than Apple, being squeezed out of the wearables market, as they are reliant on Google’s Android system and other Google services to make their devices work effectively."

“We are also continuing to investigate the acquisition’s potential impact on wearable operating systems," he said.

“The acquisition may result in Google becoming the default provider of wearable operating systems for non-Apple devices and give it the ability to be a gatekeeper for wearables data, similar to the position it holds for smartphones which licence the Android operating system.”