Google to wipe out Wave 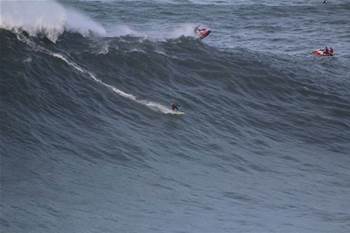 Google will stop developing its email-like collaboration tool Wave "as a standalone product" as early as next year following low demand for the service.

The project was created by Google Maps inventors and brothers Lars and Jens Rasmussen who were based in Sydney.

The search and advertising giant said it would maintain the Wave website "at least through the end of the year and extend the technology for use in other Google projects."

It said that despite a positive response both at launch and internally at Google, that "Wave has not seen the user adoption we would have liked."

"The central parts of the code, as well as the protocols that have driven many of Wave’s innovations, like drag-and-drop and character-by-character live typing, are already available as open source, so customers and partners can continue the innovation we began," the company said in a blog post.

"In addition, we will work on tools so that users can easily “liberate” their content from Wave."