Google to buy Mandiant for US$5.4 billion 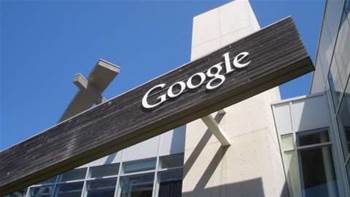 Google has made a US$5.4 billion (A$7.4 billion) all-cash play for cyber security firm Mandiant.

The company said that Mandiant would complement the “existing strengths” of Google Cloud’s security offerings.

“With the addition of Mandiant, Google Cloud will enhance these offerings to deliver an end-to-end security operations suite with even greater capabilities to support customers across their cloud and on-premise environments,” Google said in a statement.

“As a recognised leader in strategic security advisory and incident response services, Mandiant brings real-time and in-depth threat intelligence gained on the frontlines of cyber security with the largest organisations in the world.

“Combined with Google Cloud’s cloud-native security offerings, the acquisition will help enterprises globally stay protected at every stage of the security lifecycle.”

Google said it was particularly drawn to Mandiant’s considerable advisory capability, and to its expertise in incident response, threat detection and defensive tactics.

Mandiant said it has “more than 600 consultants [that] currently respond to thousands of security breaches each year”, as well as over 300 intelligence analysts that perform cyber security research.

Kurian added that Google Cloud “is deeply committed to supporting the technology partners of both companies, including the endpoint ecosystem.”

The acquisition is subject to shareholder and regulatory approvals, and is expected to close later this year.

Mandiant said in its own statement that “the offer price represents a 57 percent premium to the undisturbed 10-day trailing volume weighted average price as of February 7, 2022.”

The acquisition comes less than a month after Microsoft was reported to be a potential suitor for Mandiant, though discussions at the time weren’t reportedly close enough to result in an offer.