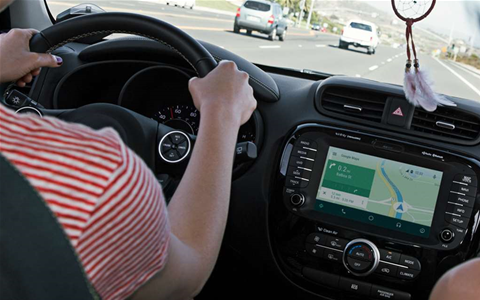 Next version to be embedded.

Google is laying the groundwork for a version of Android that would be built directly into cars, allowing drivers to enjoy all the benefits of the internet without needing to plug in their smartphones.

The move is a major step up from Google's current Android Auto software, which comes with the latest version of its smartphone operating system and requires a phone to be plugged into a compatible car with a built-in screen to access streaming music, maps and other apps. The first such vehicles will debut in 2015.

Google, however, has never provided details or a timeframe for its long-term plan to put Android Auto directly into cars. The company now plans to do so when it rolls out the next version of its operating system, dubbed Android M, expected in a year or so, two people with knowledge of the matter said.

The sources declined to be identified because they were not authorised to discuss the plans publicly.

If successful, Android would become the standard system powering a car's entertainment and navigation features, solidifying Google's position in a new market where it is competing with arch-rival Apple. Google could also potentially access the valuable trove of data collected by a vehicle.

Direct integration into cars ensures drivers will use Google's services every time they turn on the ignition, without having to plug in the phone. It could allow Google to make more use of a car's camera, sensors, fuel gauge, and internet connections that come with some newer car models.

Analysts said Google's plan could face various technical and business challenges, including convincing automakers to integrate its services so tightly into their vehicles.

Technology companies are racing to design appliances, wristwatches and other gadgets that connect to the internet. Automobiles are a particularly attractive prospect because Americans spend nearly 50 minutes per day on average on their commute, according to US Census data.

Apple unveiled its CarPlay software in March and Google has signed on dozens of companies, including Hyundai, General Motors and Nissan Motor, for its Open Automotive Alliance and its Android Auto product.

Android Auto and CarPlay both project their smartphone apps onto the car's screen. Many of the first compatible cars are expected to be on display at the upcoming Consumer Electronics Show in Las Vegas next month.

By building Android into a car, Google's services would not be at risk of switching off when a smartphone battery runs out of power, for example.

"With embedded it's always on, always there," said one of the sources, referring to the built-in version of Android Auto. "You don't have to depend on your phone being there and on."

By tapping into the car's components, Google could also gain valuable information to feed its data-hungry advertising business model.

But the source noted that Android would need major improvements in performance and stability for carmakers to adopt it. In particular, Android Auto would need to power-up instantly when the driver turns the car on, instead of having to wait more than 30 seconds, as happens with many smartphones.

Automakers might also be wary of giving Google access to in-car components that could raise safety and liability concerns, and be reluctant to give Google such a prime spot in their vehicles.

"Automakers don't want to have a state of the industry where you get in any vehicle and it's just the same experience wherever you go."