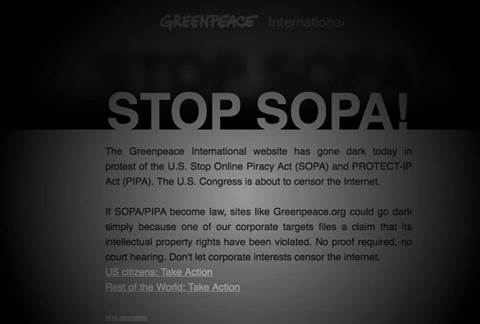 Google has revealed its engineers have slowed the search engine's web crawlers today to prevent sites that 'black out' to protest anti-piracy legislation from being penalised in search rankings.

Google hopes the slowed crawlers will mean websites that intentionally go offline for up to 24 hours as part of the protest - such as Wikipedia - will not see their search rankings fall as a result.

"We realise many webmasters are concerned about the medium-term effects of today's blackout," Far said.

"As a precaution, the crawl team at Google has configured Googlebot to crawl at a much lower rate for today only so that the Google results of websites participating in the blackout are less likely to be affected."

The move was welcomed by participants in the protest, which is aimed at highlighting controversial laws proposed in the United States aimed at stopping piracy on the internet.

Critics of the SOPA legislation say it compromises the way the internet functions and impacts innovation and free speech.

Changes to the proposed legislation were flagged by the White House yesterday as opposition to the bills gained momentum.