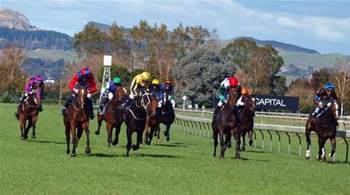 Is internet giant maneuvering for a crack?

Google has refused to confirm or deny that it is shaping to enter the auction of 700 MHz and 2.5 GHz spectrum in Australia as speculation over the identity of a potential fourth bidder mounts.

The Australian Media and Communications Authority (ACMA), which is overseeing the auction, has held conversations with several parties outside of the usual suspects interested in the spectrum.

Telstra, Optus and Vodafone Hutchison Australia are expected to fight heavily for the "waterfront" spectrum to bolster capacity of 3G and 4G mobile broadband networks.

Industry sources told iTnews that speculation of a fourth player had revolved around Google, which has maintained interest in the Australian auction, entering the bidding war.

A Google Australia spokesman refused to comment when asked about the company's interest.

An ACMA spokeswoman said the regulator had talked "with a wide variety of interested parties".

"We are unable to say at this stage whether any of those would be potential bidders," she said. "We expect to invite applications from those interested in bidding later this year."

Speculation about Google is partly based on the internet giant's previous interest in the US version of the digital dividend spectrum in 2008.

Google has also previously told the Department of Broadband, Communications and the Digital Economy (DBCDE) [pdf] that it maintains an interest in Australia's forthcoming spectrum auction from a competitive and open access perspective.

However, representatives from the search giant said at the time that any flirtation with infrastructure ownership was only from an experimental point of view.

"To make the Internet more widely accessible, Google has pursued a considered approach that couples mobile product development with public policy advocacy in various fora," the company said in 2010.

Room for a fourth?

Communications minister Stephen Conroy hinted at room for a potential fourth participant in the auction this week while setting competition rules that prevent bidders from buying more than 120 MHz total in each available band.

Under ministerial declarations earlier this month, bidders won't be able to purchase more than 40 MHz - or one effective lot - in the 700 MHz, or 80 MHz in the 2.5 GHz band.

"No person will be permitted to purchase more than the limit for each band," Conroy said.

"The limits have been set to ensure a level playing field for the three bidders most likely to participate in the auction—Telstra, Optus and Vodafone Hutchison Australia—without precluding a potential new entrant."

It is also understood the regulator is mulling rules that could allow a potential fourth contestant for the spectrum to out-bid the three major contenders.

But Telsyte telecommunications analyst Chris Coughlan said a fourth contender would find it difficult to participate in the auction given the current infrastructure and assets of the major carriers.

"I don't think that any fourth entrant would have any chance in hell," he said.

"From a capex perspective, [existing carriers] don't have to spend anywhere near as much as a new entrant... essentially they can spend more on spectrum."

Seven-owned mobile broadband provider vividwireless has ruled itself out of the auction. CEO Martin Mercer told iTnews this week the company had "no plans of participating at all".

The ACMA began educating service providers and consultants last month on the combinatorial clock auction method the regulator will use to determine the final bidding price for a spectrum lot.

It is set to hold mock auctions with some bidders before the final dividend begins in late 2012 but organisers told iTnews participation in the trial would be voluntary.