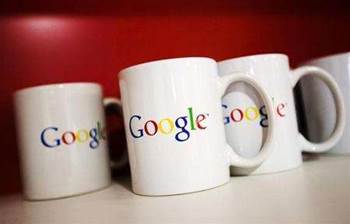 No matter how useful they are in authenticating internet users.

In the face of increasing government-led crackdowns on social media, Google should not force Internet users to reveal their real names for some services, including its Google+ social network, said Vint Cerf, a senior Google executive known as a "father of the Internet."

In an interview with Reuters, Cerf acknowledged that the search giant's sweeping push in the past 18 months to institute real-name authentication for Google+ and other services has sparked intense debate within its Mountain View, California, headquarters.

But he argued that current name policy, which allows for some users to display pseudonyms, offers adequate "choice" in how users choose to represent themselves.

Over the past year, the company has strongly encouraged users to merge their accounts on YouTube, Gmail and other Google properties into a single Google+ identity, the company's social network offering that asks users to use the "common name" they are known by in the real world.

The comments from one of the Internet industry's most high-profile thinkers come at a time when the debate over the future of online anonymity is roiling tech circles, with the outcome bearing profound implications for Internet use around the world.

Google and Facebook are leading the charge to encourage Internet users to log on and carry out their digital lives with their offline identities, arguing that greater transparency enhances online transactions and communication.

But Cerf recognised using real names could land social media users under oppressive regimes in "fatal trouble," and Google will not enforce its policy in such instances. But in many other cases, user authentication should be promoted, he said.

"Anonymity and pseudonymity are perfectly reasonable under some situations," Cerf said. "But there are cases where in the transactions both parties really need to know who are we talking to. So what I'm looking for is not that we shut down anonymity, but rather that we offer an option when needed that can strongly authenticate who the parties are."

In the past few months Cerf has warned that governments — including democratic ones — are increasingly censoring and filtering the Web, while some regimes are seeking to ban online anonymity in order to control political speech.

"At Google, we see and feel the dangers of the government-led Net crackdown," he wrote in a CNN.com editorial in December.

Yet digital rights activists have accused two of the Internet industry's most influential players — acebook and Google — of leading the charge against anonymity by pushing its users to identify themselves, which can turn up valuable information for two companies that essentially make money by advertising and tracking user behaviour.

When Google+ launched in 2011, its requirement that users display their real names alarmed activists who accused the Web giant of abandoning its "Don't be evil" corporate mantra to pursue growing rival Facebook.

The world's most popular social network has been the most aggressive in enforcing its policy, with chief executive Mark Zuckerberg once equating keeping multiple identities with "a lack of integrity."

In one instance in 2011, Facebook suspended British author Salman Rushdie's account and, after reviewing his passport, changed his Facebook identity to "Ahmed Rushdie." The company relented after Rushdie played up the row on Twitter, but it has stood by its policy as a general matter.

"This real name culture leads to greater accountability and a safer and more trusted environment for our users, and we firmly believe that the use of authentic identity helps people get the most value out of the site," Facebook spokesman Frederic Wolens said.

Due to its easy integration, many online messaging boards or third-party apps — like music-streaming service Vevo.com, for instance — increasingly require users to log in with their Facebook credentials. Last week, Google introduced a similar Google+ log-in service for third-party sites.

In response to public outcry, Google in 2012 began allowing nicknames and pseudonyms for a fraction of Google+'s 500 million users, and has since reiterated that it would encourage — but not require — Gmail and YouTube users to sign in with Google+.

Although its algorithms sift through Google+ to flag accounts with symbols or common nouns, a Google spokesman said the company will not require user authentication with official documents such as passports.

Still, Google's aggressive push to implement Google+ has been controversial even within the company, and Google+ chief Vic Gundotra had to downplay suggestions of internal disagreements over its roll-out in recent press interviews.

"There was a debate on this subject and it was resolved," Cerf told Reuters. Requiring real names "denies (users) choice," he said. "Our conclusion was that choice is important."

Google respected its users' rights more than Facebook, but the company did not go far enough, said Jillian York of the Electronic Frontier Foundation, an Internet rights group.

"Google's approach to this takes the view that the only thing that people want to stay safe from is government, and that's not entirely true," York said. "People are also concerned about staying protected from Google itself."

Cerf, 69, co-invented the protocols that underpin the Internet in the 1970s, when he taught at Stanford and worked with the US Department of Defense Advanced Research Projects Agency.

Since 2005, when he joined Google as its "chief Internet evangelist," Cerf has been a fixture at international technology conferences, often sporting his signature three-piece suits and fiercely advocating for Internet freedom.

Cerf personally uses two Google+ accounts, for work and socialising, but took a few tongue-in-cheek swipes at Google's rival, which he said was diluted by too many distractions.

"I'm on Facebook and I found it less than useful," said Cerf, who explained that he accepted every Facebook friend request when he first joined the service — only to quickly hit the maximum threshold of 5,000 friends.

"I complained to (Facebook Chief Operating Officer) Sheryl Sandberg that I thought that was a personal insult that they thought I had too many friends," he said. "I think they changed it for me."