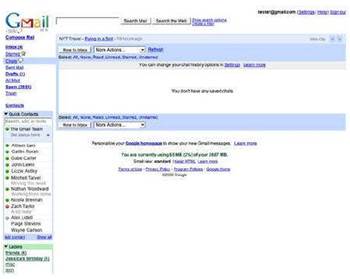 Google revealed on Wednesday that unknown hackers likely originating from central China have tried to hack into the Gmail accounts of hundreds of users, including senior U.S. government officials, Chinese activists and journalists.

The world's largest Internet company said on its official blog that the hackers, who appeared to originate from Jinan, China, recently tried to crack and monitor email accounts by stealing passwords, but Google detected and "disrupted" the campaign.

It notified the victims and relevant governments, Google added in its blog post.