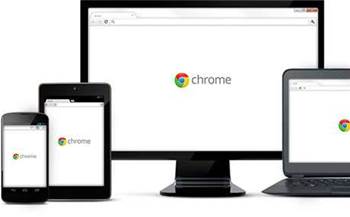 Google today announced the availability of a 64-bit variant of its popular Chrome browser after many years only offering 32-bit versions.

On the Chromium blog, Google software engineer and "stretcher of pointers" Will Harris said the 64-bit version could mean a 25 percent speed improvment for Chrome users, especially when it comes to multimedia and graphics.

"64-bit allows us to take advantage of the latest processor and compiler optimisations, a more modern instruction set, and a calling convention that allows more function parameters to be passed quickly by registers," Harris said.

Going 64-bit also means better security thanks to the larger memory address space, which mitigates against exploits such as just-in-time compiler spraying, and makes heap partitioning and similar features work more effectively, according to the blog.

However at this stage the 64-bit releases are for Windows only, and are available through the early adopter oriented Canary or Dev channels.

While operating systems made the shift to 64-bit years ago, web browsers are still mostly 32-bit applications today.

One exception is Microsoft, which has shipped 64-bit versions of Internet Explorer for several years. But since browser add-ons don't run on this version, and until recently, neither did the Javascript just-in-time compiler, Windows would often default to the 32-bit version anyway.

Mozilla stopped development of the 64-bit version of Firefox for Windows in 2012 but has since resumed work in response to user demand. While there are standard 64-bit versions of Firefox for Linux distributions and Apple OS X, however, the Windows variants appear only in the less stable "nightly builds" channel currently.