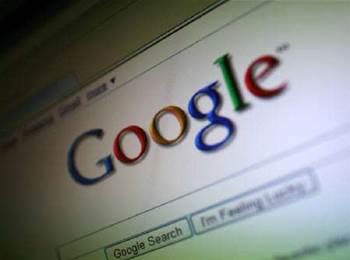 The world's largest Internet search engine turned in a strong quarterly profit that exceeded forecasts, as analysts said it benefited from growth in businesses ranging from mobile to online video.

Shares of Google were up 12.3 percent at US$594.50 in after-market trading, or just a whisker above levels at which the stock began 2011.

"The combination of mobile search, Android, ad exchange, YouTube, and the core search businesses, they're all doing well. Google is no longer a one-trick pony.

"The number to focus on is really the GAAP earnings number. Google spent aggressively, hiring just as many people this quarter as they did last quarter."

Investors had feared Google's ever-increasing spending would eat into margins. Operating expenses leapt 49 percent to US$2.97 billion in the second quarter, to about a third of revenue.

But analysts said the big increase in sales more than compensated for the rise in costs.

"Nice quarter from the guys, but you still have a situation of declining margins."

Excluding certain items, it earned US$8.74 a share, ahead of the average analyst forecast of US$7.85 a share.

Net revenue, which excludes fees paid to partner websites, jumped 36 percent to US$6.92 billion, ahead of the US$6.55 billion expected by analysts polled by Thomson Reuters I/B/E/S.

Chief Executive Larry Page is expected to face analysts' questions on a conference call on Thursday regarding not just its spending and margins, but also newly released social networking service Google+, an effort to take on Facebook and Twitter, which are siphoning off websurfers' time and attention.

Before the earnings, some analysts had argued that the launch of Google+, its biggest foray so far into the hot field of social networking, may take some of the heat off the company for its spending and make Wall Street more comfortable with co-founder Page, who took the CEO reins in April.

Investors are hungry also for details about an investigation by the U.S. Federal Trade Commission into Google's business practices, as well as any commentary about how the European debt crisis is affecting its advertising business.