Google patches up its Chrome developer version a bit 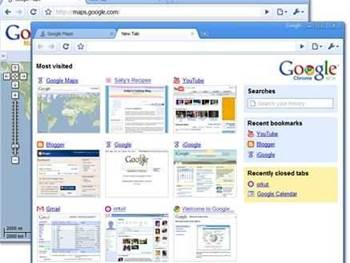 Google has released a developer update to its Chrome Web browser which purportedly deals with some of the crashing and video issues which were occurring.

Google has encouraged developers to update to Chrome 0.3.154.3, which as well as purportedly fixing the video playback bug, also supposedly fixes browser crashes on Vista running tablet PCs and crashes caused by when using the spell check “add to dictionary” function.

Google Chrome programme manager, Mark Larson noted "Release 154.0 had a few browser crashes, including a crash on startup on tablet PCs running Windows Vista. We fixed the new crashes, and 154.3 should be much more stable".

Google warned, however that its 0.3.154.0 update is strictly for the developers only. The firm hopes developers will prove eager to have a poke around with the open sourced Chrome, which will probably stay in beta for some time.

Google still needs to fix a few glitches like the browser’s handling of SSL edge cases and HTTP authentication for Chrome’s future HTTP networking code. Where security is concerned Chrome also still has problems with allowing users to save executable files with .exe, .bat, and .dll extensions requiring manual intervention.

Proving that the battle of the browsers is far from being over, both Mozilla and Microsoft were busy this week patching up their own offerings. On Tuesday, Mozilla’s first beta version of Firefox 3.1 dealt with some of the previous version’s JavaScript issues, whilst Microsoft mended bits and bobs on Internet Explorer, just before it releases the eighth version of the browser.
Got a news tip for our journalists? Share it with us anonymously here.
theinquirer.net (c) 2010 Incisive Media
Tags:
abitchromedevelopergoogleitspatchessoftwareupversion