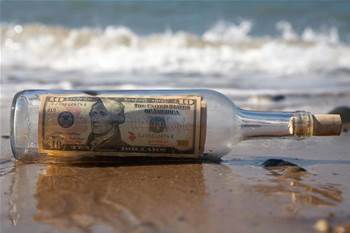 Technology giants Google and Microsoft have come clean about their local tax structures, admitting to sending most of their local revenue offshore to lower-taxing Singapore.

Representatives from Google, Apple and Microsoft were asked to appear before a senate committee investigating corporate tax in Australia today.

During almost two hours of grilling by senators, Google Australia managing director Maile Carnegie and Microsoft vice president of worldwide tax Bill Sample revealed most of their Australian revenue was booked by an affiliate business in Singapore.

Apple, meanwhile, was accused of stonewalling the senators by not being equally transparent about its global tax structure.

All three technology companies also revealed they are currently being audited by the Australian Tax Office for tax minimisation strategies - the ATO had declined to name the 12 tech giants it is currently scrutinising.

The ATO has been working to stamp out cross-border tax structures and profit shifting used by multinationals like Google and Apple to reduce the amount they contribute in higher-taxing countries like Australia.

At the senate committee, Carnegie was asked to breakdown Google's Australian tax structure.

She revealed the local organisation provides sales and marketing services to Google Singapore, for which it receives revenue. It also provides research and development for Google globally.

Google pays tax on its local R&D, sales and marketing activities in Australia, while its direct market revenue is booked - and therefore taxed - in Singapore.

Singapore has a corporate tax rate of 17 percent, compared to Australia's 30 percent.

"The products and services we sell to Australian customers are sold by the Singapore group, and the sales people are primarily located in Singapore," Sample said.

Globally, Microsoft's R&D work is done in the US; distribution and selling of products is done in regional operation centres; and in Australia, most of Microsoft's work is based around marketing and support.

Carnegie said Google's local arrangement was similar to that commonly used by Australian multinationals operating outside the country.

She pointed to mining giant Rio Tinto, which she argued had 35 percent of its customer base in China, but was paying less than one percent of tax there because the Australian headquarters was bearing the risk and cost associated with the Chinese operation.

Had the company not received an R&D tax benefit of $4.5 million in its last financial year, its Australian tax contribution would have been closer to the 25 percent mark, she said.

She called on the Government to rethink its R&D rebates to ensure the concessions were going to the right businesses.

"My worry is that the system is being used for activity that would have been taken even if the tax credits weren't offered," Carnegie told the committee.

"Google benefits from these credits, but they aren't the primary reason we invest in doing R&D in Australia. I think those incentives could be better targeted at start-ups that could be better served by getting them up and scaled globally faster."