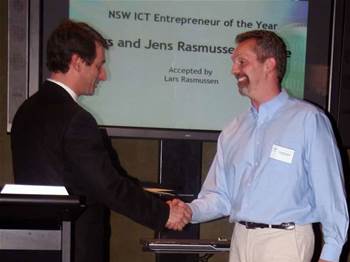 Alan Noble, engineering director for Google and d Lars for making a "great contributions to Google in innovative products like Google Maps and Google Wave”.

“He was also instrumental in starting engineering in the Google Sydney office.  We wish him all the best," he said.

Reports by Tech Crunch revealed the news on Friday after Rasmussen's Facebook update said that he was “temporarily unemployed”.

Rasmussen told the SMH.com.au that the "ultimate failing" of Wave "was obviously a little stressful."

Got a news tip for our journalists? Share it with us anonymously here.
Copyright © CRN Australia. All rights reserved.
Tags:
facebookgooglelarsmapsnoblerasmussentraining & development