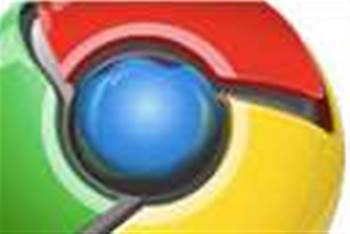 Google has released a new beta version of Chrome 10, giving it a notable speed boost.

Google said the JavaScript speed in this beta release is 66 percent faster on the V8 benchmark suite over the current stable release.

“Users with capable graphics hardware should see a significant decrease in CPU usage. In full screen mode, CPU usage may decrease by as much as 80 percent.”

“For added security, you can choose to encrypt your synced passwords with your own secret sync passphrase,” the blog continued.

The Chrome team has also sought to make it simpler to customise the browser through updated settings.

“Firstly, if you can’t remember where a particular pesky configuration setting is, simply type its name into the search box to see the settings that match as you type,” Google added.

“Secondly, you can also now jump directly to most settings pages using their own dedicated URLs, without needing to navigate through a sequence of windows.”

Outside of developing its browser, Google is involved in legal proceedings with Oracle. Larry Ellison’s firm has claimed Google pilfered some Java code for use in the Android operating system.

In a recent development, it appears Google has asked the US Patent Office to review some of the Java patents Oracle has presented as part of the case.

Open source advocate and software patent blogger Florian Mueller said he was surprised Google had only now made the move.

“Requests for reexamination of patents-in-suit are common. Frankly, I wonder why it even took so long," Mueller said.

“When Oracle sued Google in August, I thought this was going to happen within a few months.”

Meuller doubted that the seven patents Oracle laid on the table are the only ones that could be used against Google.

“It's also possible that Oracle owns patents that could put Google under pressure in some of its other business areas, if Oracle ever felt forced to assert them.”

Got a news tip for our journalists? Share it with us anonymously here.
Copyright © ITPro, Dennis Publishing
Tags:
10abetaboostchromegivesgooglesoftwareturbo